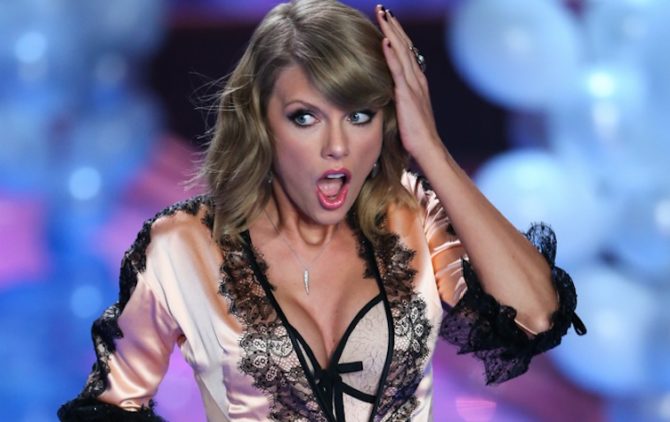 Taylor Swift is a lot of things.

She’s a generous supporter of some worthy causes like children’s hospitals.

And according to one fan on Twitter, she’s a top-of-her-class bad bitch, rivaled by no other. (For context here, ‘bad bitch’ is high praise.)

“Name a bitch badder than Taylor Swift,” wrote Nutella, blissfully unaware of the firestorm about to break out when the Tweet went viral.

Suffice it to say, the Twitterverse had some strong opinions on the matter.

Here’s just some of the response the prompt received:

Safiyyah Khan, British-Pakistani girl who smiled down on an ultra right protester.https://t.co/4G22Ot9wI8

And she's wearing FREE PALESTINE t-shirt while at it. pic.twitter.com/vAOnp6to0F

Bonnie Raitt.
(pictured here playing her own slide guitar solo, at the age of 68, on a song she wrote herself without six "producers" helping.)

Nancy Wake .."led 7,000 guerrilla fighters in battles against the Nazis in the northern Auvergne.. in 1944. On one occasion, she strangled an SS sentry with her bare hands. In June 1944, she led her fighters in an attack on the Gestapo headquarters at Montlucon in central France. pic.twitter.com/A9fY3yqkol

Rosalind Franklin, who helped unlock the secrets of DNA through X-ray crystallography; and Hedy Lamarr, who put in place the building blocks of wi-fi pic.twitter.com/XjrACHXjCm

Jayaben Desai Grunwick strike leader "What you are running here is not a factory, it is a zoo. In a zoo, there are many types of animals. Some are monkeys who dance on your fingertips, others are lions who can bite your head off. We are those lions, Mr Manager." pic.twitter.com/Y6qxrVw6z4