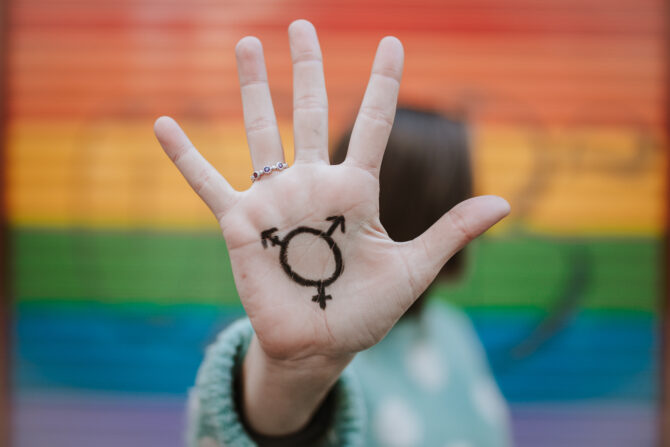 Middle school students in Pennsylvania are rallying behind a teacher who was reportedly fired for providing them with a hotline for LGBTQ+ youth.

“It was kind of like a slap in the face to everyone that would go to him and stuff for, because I would consistently go to him for when I was being bullied and harassed within our school,” one of the student demonstrators told Channel 9.

“It was simply a hotline number, just in case the person needed help,” said another.

Another protester told the station that Burgess is “one of the biggest allies of this school,” and that he “supports all students in every way, and a lot of people go to him.”

Related: This Florida student is saying gay all over the place and school officials are freaking out

An online petition to get Burgess his job back has received over 3,700 signatures at the time of this post.

“Mr. Burgess a Lenape middle school history teacher has been suspended with pay pending a further investigation for giving a trans student a phone number to call if they felt unsafe or bullied,” the petition reads. “Make no mistake this is an act of homophobia and needs he needs to be re instated right away.”

The superintendent of the Central Bucks School District, Abe Lucabaugh, is denying the story without offering an alternative reason behind Bugess’ firing.

“There is a narrative out there that the district has punished an employee for being a supporter of LGBTQ+ students,” Lucabaugh told the Courier Times. “That narrative is offensive and false.”

“I care very deeply about how kids feel, and we want to do a better job with it, but that narrative does not help,” he added.

Across the country, teachers are being reprimanded, and often fired, for engaging with students on topics of race, sexuality and gender. More than a dozen states have proposed versions of Florida’s so-called “Don’t Say Gay” bill.

One Florida teacher was fired last week for telling students she is pansexual after they asked her about her sexuality. And last month, a gay substitute teacher said he was fired after handing out Pride bracelets to students.