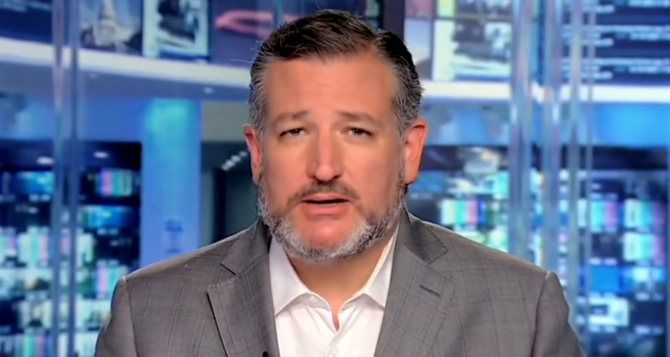 Patron saint of dumb ideas Ted Cruz is getting a taste of his own medicine on Twitter this week.

Cruz apparently thinks the recent threat on Justice Brett Kavanaugh’s life was inspired by “deranged rhetoric” from the left. This is being responded to online by people mockingly attributing the threat to the same thing Cruz attributed the Uvalde shooting to last month: Kavanaugh must have too many doors.

Context: In the days following the Uvalde shooting, Cruz’ team cooked up the brilliant idea of blaming the tragedy on the school having more than one entry point.

This wasn’t even some wacky one-off — Cruz made this point publicly multiple times.

Well, now that he seems to have completely abandoned Uvalde (and the other numerous instances of gun violence since) in favor of hand-wringing over one threat to Brett Kavanaugh, people on Twitter are all too happy to remind him what the real threat is.

Tell him to move to a house with one door. Problem solved

What? Does k have more than one door? Doesn’t he own a gun? What was the problem then?

Maybe Brett shouldn’t have so many doors.

Maybe he should have had armed security to protect him.
Oh wait! He did!

Many offered the same sentiments extended to shooting victims by the right in times of need:

Hey Ted, stop politicizing this. Now is not the time. We are currently engaging in thoughts and prayers.

Maybe some thoughts and prayers???

Amid all the dunking was the common sense core at the heart of the issue.

If y’all would pass gun legislation, the Justices and the rest of us would all be much safer.

Then again, with legislators like Cruz, we’re not holding our breath that common sense will ever win out.