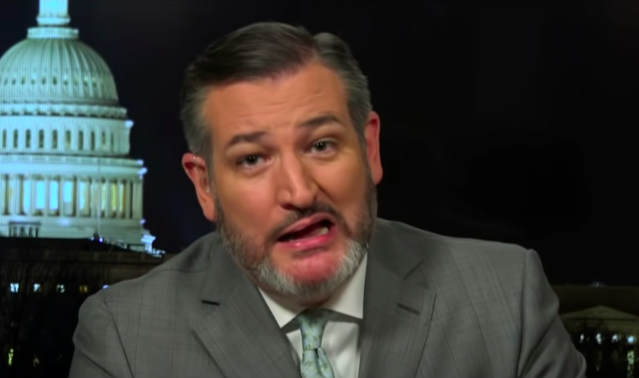 Now, we know what you’re probably thinking. $60 for an autographed copy of one of Dr. Seuss’ most famous books? What a deal! Especially when signed first editions are currently going for $6,000 on Ebay.

But these books aren’t actually signed by the author. They’re signed by Ted Cruz.

The antigay senator from Texas is defiling the pages of someone else’s book with his own signature in an effort to troll liberals.

“Lefties are losing their minds that I’m signing & sending copies of Green Eggs and Ham to anyone who donates $60 or more,” he tweeted on Friday. “We’ve raised $125k in just 24 hours!”

(For the record: No “lefties” are “losing their minds” over this.)

Lefties are losing their minds that I’m signing & sending copies of Green Eggs and Ham to anyone who donates $60 or more.

A blurb on Cruz’s donation page reads: “Stand with Ted & Dr. Seuss against the cancel culture mob to claim your signed copy of Green Eggs and Ham.”

Cruz is selling 2,000 signed books, which are expected to take between six and eight weeks to arrive.

Earlier this month, Dr. Seuss Enterprises announced it would no longer publish six of his books after determining they contain racist and offensive imagery. The decision was made by the author’s estate and not “lefties” or the “cancel culture mob.”

Green Eggs and Ham was not among those that would be pulled from publication.

After the announcement, Cruz and others rushed to the defense of Dr. Seuss, who they said was a victim to “cancel culture,” and causing several titles by the beloved author to skyrocket on Amazon’s bestseller charts, although none of the top sellers were among those no longer being published.

But, sure, Ted. The “lefties” are the crazy ones.

Subscribe to Queerty for a daily dose of #politics #dr.seuss #greeneggsandham stories and more