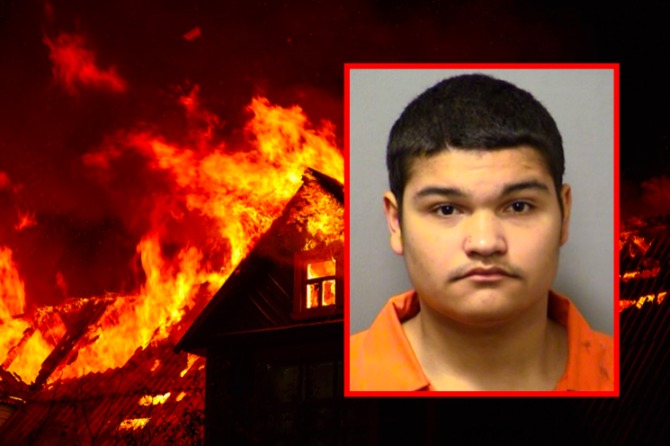 A teenager in Indianapolis has been charged with murder, arson, and auto theft after burning his adopted father alive, RTV6 reports.

Doan’s husband, Alan Marin, told police that he and his husband awoke to find a fire blocking the staircase leading to the exit last Thursday night. Doan helped Marin and two of their children flee to safety through a bedroom window before he himself succumbed to the flames.

“He saved me and my kids,” Marin tells RTV6. “He gave his life for us, making sure we were OK. He got me out with my kids and told me to take them to a safe place. That was his priority–our kids –making sure they were safe.”

It wasn’t until after he and the two children had escaped the burning house that Marin noticed the couple’s third adopted son, Jordan, was nowhere to be found. The family’s Jeep was also missing.

Fire investigators determined the fire was started by a fuel commonly used in weed eaters that had been poured on the carpet of the stairwell. Marin-Doan reportedly admitted to police that he poured the fuel inside the house then set it ablaze with a lighter.

According to Marin, the 16-year-old had previously threatened to kill everyone in the house. He allegedly wanted to kill his adopted parents so “he could get a cell next to his biological father in prison.”

When asked by police why he started the fire, Marin-Doan said he didn’t know. He is being tried in adult court, though an initial hearing has not yet been scheduled.

A GoFundMe page has been created to cover Doan’s funeral expenses. So far, it has raised about $11,000.

Related: OK City Man Destroys Apartment, Claims “Homosexual Demon” Made Him Do It