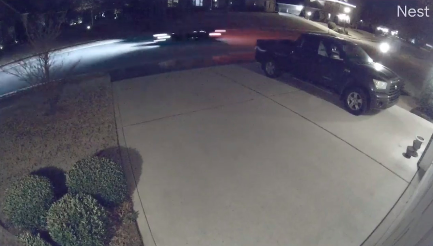 A gang of students from the James Clemens High School baseball team in Madison, Alabama were recorded driving by a couple’s house late at night and shouting antigay slurs.

The incident happened last Friday around 11 p.m. Colin Tomblin shared the troubling video on Facebook the next day.

“So this happened right before 11pm last night right in front of our home in Madison, AL,” he wrote. “A car full of JCHS baseball players thought it would be a good idea to speed by while screaming ‘fu*k the gays’ and ‘fu*k the fa*gots’ at our house.”

Tomblin added that he and his partner had never met the students or had any interactions with them prior to the unprovoked drive-by verbal assault.

“This is 2020 and behavior like this should not be tolerated,” he continued. “If your kids do this to random strangers, imagine what they’re doing to their classmates and others. This bullying type behavior is exactly why kids are committing suicide.”

So this happened right before 11pm last night right in front of our home in Madison, AL. A car full of JCHS baseball…

After the video went viral, a spokesperson for the school district put out a statement distancing the school from its homophobic pupils.

“The incident happened over the weekend, not on school property nor during a school-sanctioned activity,” Madison City Schools spokesman John Peck said in a statement issued Wednesday. “Having said that, Madison City Schools does not condone intolerance of any sort by its students or employees.”

“Character traits such as respect and acceptance are taught in the early grades and reinforced through the upper grades. Behavior contrary to what is expected by Madison City Schools is regrettable and not a reflection of who we are as a school system.”

Madison City Schools Superintendent Robby Parker also issued an apology to Tomblin and his partner and said the school’s principal “addressed the incident” with the students.

“We figure if these students are out in the community acting like this, they’re definitely acting like that to their fellow classmates in school,” Tomblin told a local media outlet. “You see it all the time with LGBT kids committing suicide and turning to drugs.”

Related: Right-wing YouTuber tries to shame man for giving out “free BJs” but it totally backfires