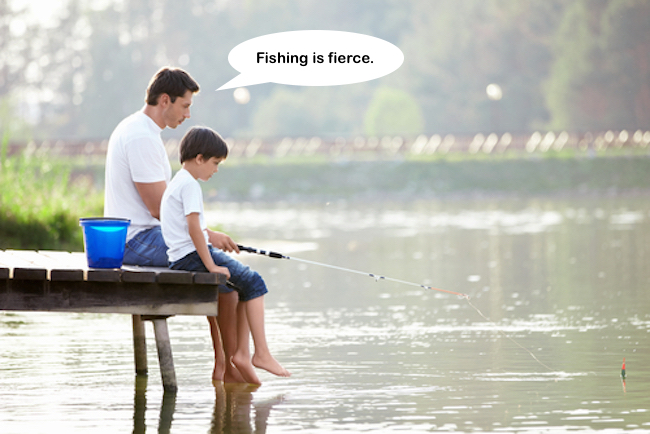 He’s a great guy, and a good father.

Though 52-years-old, he’s gone to great lengths to conceal his sexuality: He’s staunchly conservative, a Trump voter who thinks Pope Francis is “too progressive,” and a devout Catholic to boot. So how to approach the issue that he’s gay and his son knows it?

That’s the question bibleguy420 is posing to the Reddit community, writing that his father is

mostly open-minded about people and he’s never been homophobic in any way (he once met one of my gay friends who’s very open and was very respectful albeit a little hesitant around him).

So how does he know his father is gay? There are a few subtle indications:

I know he’s gay because after my mom died, he’s never dated. For my entire childhood they had separate bedrooms (he claimed he didn’t want to disturb her because he’s an insomniac). The real kicker, though, is his “assistant”. My dad has a construction company… but spends most of his time with a young guy who’s pretty much my age (he’s 24).

They go to dinner every night, he comes to our house several times a week and spends the night (because they’re working on “projects”). One night around 3am, I went down to the basement where we have an entertainment room and saw them on the couch snuggled together with my dad rubbing his leg.

“Bibleguy” loves his father and wants him to be happy:

I would hate it if his sexuality is making him miserable because he’s always been my role model throughout life. I know that he’s kept secrets from me before and he’s been very good at it (apparently he was addicted to painkillers pretty much my entire life up until I went to college… I never knew the entire time). With this, it just hurts.

Redditors were quick to offer their advice.

Related: I didn’t realize this song was my closeted dad’s gay anthem — until it was too late.

“I think u should just sit down with him and just let him know how much you love him and that you’re there for him whenever he needs you. And then smile and give him a hug. Just make it more comfortable for him to get closer to you should he want to.

“This scenario is like a reverse coming out,” says OhDuvv, “so I think the same general rules apply.”

“I wouldn’t specifically mention the word ‘gay’, as I think it can come off as a little heavy. I would say something along the lines of ‘You know, Dad, if you’re happy Im happy. No matter who you are with or what you do, I just want the best for you.’ You could also talk about how you look up to him, and how much you admire him like you seem to suggest.

Just remember to be oh so delicate, it can be very stressful to bring this type of thing up :)” 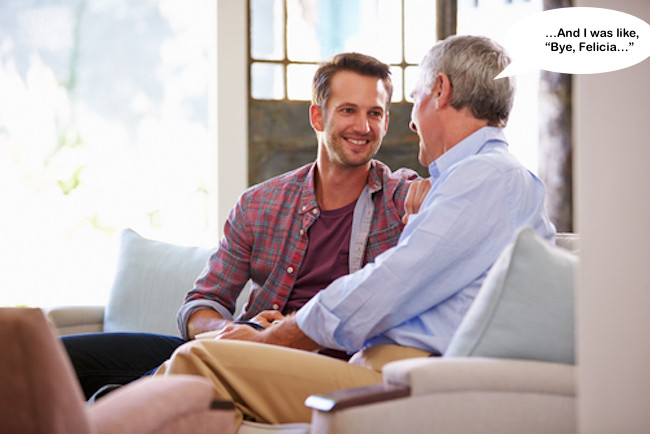 “I’m bisexual and I love having sex with men: Similar issue with wife not having sex, etc. However, I’d be uncomfortable with my kids coming to me and ‘outing’ me, if you will. I’d feel I failed in hiding it well.”

“I was raised catholic like him and I guess he has been fed a lot of guilt (one of the reasons I left it behind) about sexuality, and being devout, he probably has challenges reconciling his upbringing with his desire to be intimate with a man.

I found out about men after I was married for a long time and in a sense I wish I had learned that before getting married (still love my wife but sex is a different issue).

He seems to be happy with his companion. I’d just give him space. He may feel self conscious and just stop the relationship altogether to prove he’s not gay, which may even be worse.”

On an altogether different note, HashtagShadyApe advises that he should

“Message him on Grindr.”

What advice would you give this young man? Have you ever found yourself in a similar predicament?