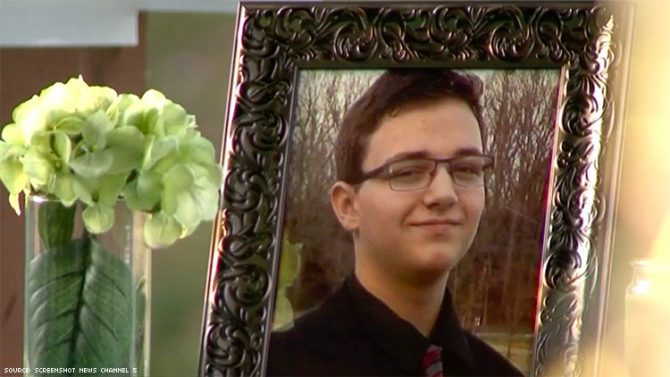 A Manchester, Tennessee community has gone into mourning after the suicide of a local teenager, Channing Smith, who took his own life after classmates outed him.

16-year-old Smith had sent intimate messages to another boy which revealed him to be gay or bisexual. The fellow student, along with a female friend, posted those messages to various social media sites like Instagram and Snapchat. Faced with the cyberbullying, Smith shot himself in the head.

Related: After Criticizing Obama, Bristol Palin Now Claims To Be Victim Of Cyberbullying

Channing Smith’s older brother Joshua expressed his outrage with a local Fox affiliate. “They did it to just completely humiliate and embarrass my brother,” Joshua said. “Being in a small, rural town in the middle of Tennessee, you can imagine being the laughing stock and having to go to school Monday morning. He couldn’t face the humiliation that was waiting on him when he got to school on Monday, so he shot and killed himself.”

Joshua Smith also expressed his outrage at District Attorney Craig Northcott for refusing to prosecute the bullies in connection with Channing’s suicide.

“I was told by the lead investigator in Coffee County that he was pushing to have the kids charged criminally and the District Attorney’s office has decided that they did not want to pursue it,” he said.

Northcott has come repeatedly under fire for attacking marriage equality and refusing to investigate cases of domestic violence among same-sex couples.