Beyond the ‘Stro is a Queerty/GayCites series exploring the popular San Francisco districts outside the Castro where LGBTQ folk mingle with our non-gay counterparts. This column looks at the Oakland & The East Bay.

One of the many great things about the LGBTQ Mecca know as San Francisco is how well it’s situated to easily explore California. To the north, Russian River and wine country beckon less than an hour away. To the South, there is Half Moon bay and the beaches of Santa Cruz, among other attractions.

Due East, lies, of course, the East Bay, and the minor LGBTQ Mecca known as Oakland, the state’s 7th largest city where the weather is warm and the hillsides verdant. This city offers a diverse population that’s no less vibrant than SF–from UC Berkeley students to middle-class same-sex families raising kids to some of the state’s most integrated ‘hoods.

Formerly known as Bench & Bar, this iconic Oakland club with a Latin flavor recently received a major makeover. It merits a visit because of the local vibe, strong drinks, and dance floor that matches SF’s best. Check out the ourdoor patio in the summer. 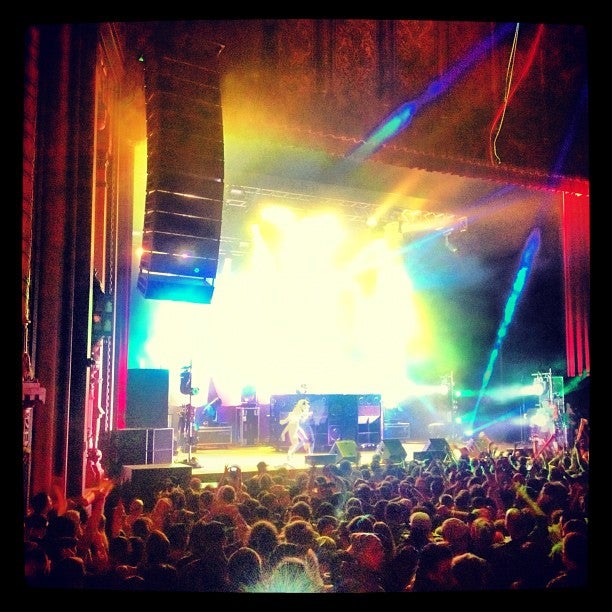 After over 40 years of abandonment, this art deco jewel re-opened its doors in February 2009 with an ornate restoration and has helped lead the revitalization of downtown Oakland. Located just half a block from the BART station, it’s easy to get to and from shows without the hassle of parking, and with acts such as U2, Keane, and Seal having graced the stage of the cabaret style theater, you know that you’re going to witness some of the world’s top entertainers.

Alice Water’s renowned Shattuck Avenue eatery in Berkeley launched the farm fresh local food revolution in 1971. Today, there are dozens of restaurants with celebrity chefs in the Bay Area who can equal, and at time, surpass the place where it all began. But it’s still worth the trip to visit this special place with some of the most fresh and delicious food in the world. And if you are worried about the price tag, make a rez at the cafe downstairs, rather than the restaurant, where the food is nearly as good but served in a more simple atmosphere.

Lake Merritt is actually a large lagoon smack in center of Oakland, a short walk from downtown. It’s a great place to jog or just stroll around, day or night, and rivals some of the great American urban parks. It is a bird refugee, with grassy shores, so there’s lots of nature to enjoy despite the city setting. Pack a picnic and people watch. Explore great neighborhoods radiating every direction from the water.

Designed by world class architecture firm Diller Scofidio + Renfro, the museum opened this spring to great fanfare. Mixing Art Deco and modern elements, it sits on the edge of the UC Berkeley campus with a spiraling concrete and steel structure that’s impossible to ignore–and worth the trip across the Bay Bridge. Stroll around the campus and get lunch at the museum cafe before checking out the impressive collection in one of the Bay Area’s most radical new spaces.

still not getting it
16