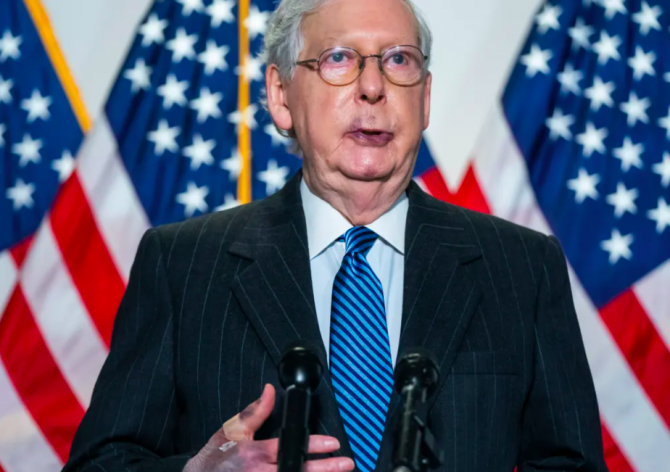 So far, 2021 is not shaping up to be a great year for Mitch McConnell.

Not only did his party lose the Senate after Georgia’s runoff election, causing him to be ousted from his role as Senate Majority Leader, but he also lost his stalemate against Democrats to protect the filibuster. And now, a new Gallup poll finds his approval ratings are circling the drain.

Related: Mitch McConnell can’t bring himself to say “Minority Leader” so he’s calling himself something else

McConnell also saw his ratings tank among members of his own party, with just 42 percent of Republicans saying they liked the guy, down from 69 percent who said they liked him just one year ago.

Depending how things go with Donald Trump‘s second impeachment trial, McConnell could see his popularity plummet even further since a Monmouth University poll found that the majority of Americans want to see Trump convicted in the Senate and barred from holding future federal office

Of course, whether McConnell cares about any of this is up for debate. He did just win reelection, securing himself another six years in the Senate. Although with Democrats in control of all three branches of government, and with Republicans seeing a mass exodus of voters leaving their party, his job is definitely going to be a lot less fun.