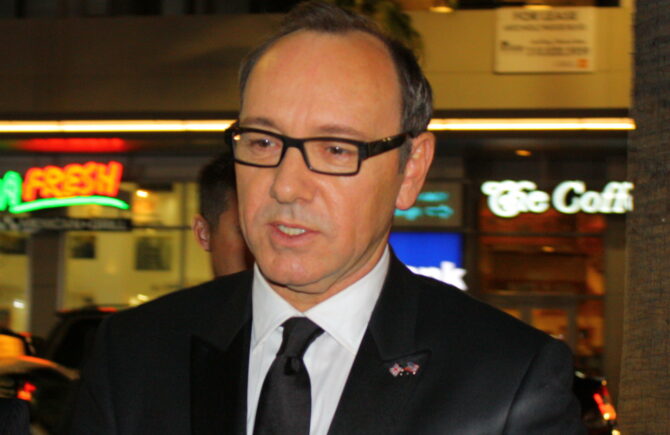 Kevin Spacey appears to have gotten his memory back, or so he’d like a judge to believe.

The embattled actor is attempting to have the sexual assault lawsuit against him filed by Anthony Rapp dismissed. His latest strategy? Calling his accuser a liar.

Rapp is suing Spacey over an alleged incident that took place in 1986, when he was only 14 years old.

Rapp said he attended a party at Spacey’s New York City apartment when the actors were both appearing on Broadway. He alleges that Spacey physically picked him up at the end of the night and “made a sexual advance” after placing him onto his bed.

The lawsuit seeks unspecified damages for causing Rapp severe emotional distress and depression as a result of the encounter.

Shortly after Rapp went public with his story in 2017, Spacey said in a statement: “I’m beyond horrified to hear this story. I honestly do not remember the encounter, it would have been over 30 years ago. But if I did behave then as he describes, I owe him the sincerest apology for what would have been deeply inappropriate drunken behavior, and I am sorry for the feelings he describes having carried with him all these years.”

Twenty other men subsequently came forward to make similar accusations against the Oscar-winning star. He was quickly dropped from Netflix‘s House of Cards and his part in a Ridley Scott movie, All The Money In The World, was reshot with Christopher Plummer.

But according to court documents obtained by Radar, Spacey has now filed a declaration categorically denying every aspect of Rapp’s story:

“I categorically deny [Rapp’s] claim that I sexually assaulted him or otherwise made a ‘sexual advance’ on him. I met [Rapp] several decades ago. I never had a sexual encounter with Mr. Rapp. Nor did I harbor any sexual interest or desire in Mr. Rapp at that time or any time.”

“Any suggestion otherwise by Mr. Rapp or anyone else is absolutely false.”

A judge will now rule on Spacey’s motion to dismiss, which we can’t imagine will go in his favor.