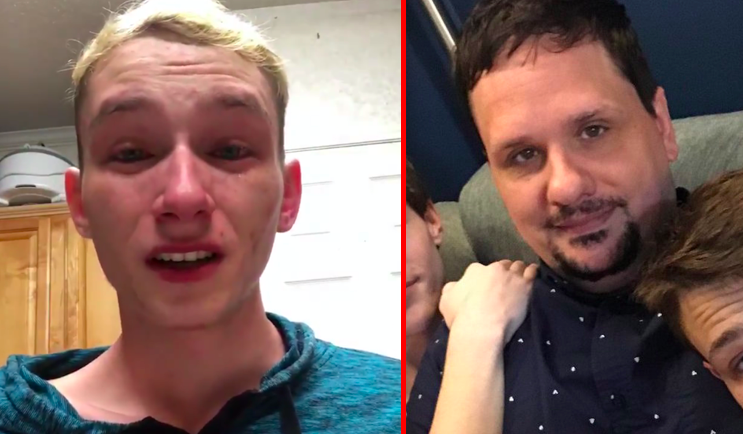 In a tear-filled video posted to his Twitter page, Stone claims he was given drugs and alcohol before being sexually assaulted by Schwandt on the set of a BoyCrush production:

THE TRUTH ENOUGH IS ENOUGH!!! STOP THE LIES STOP SUPPORTING THAT COMPANY NO ONE SHOULD BE SCARED!!! I will not let this go I will get justice for those do not let another model be affected by him Bryan all I have to ask is why me? pic.twitter.com/H3l5yDQP8V

Stone also says he was made to believe that if he didn’t repeatedly have sex with Schwandt he would not receive payments or be hired for future video shoots. In a series of tweets, he shares his experiences: 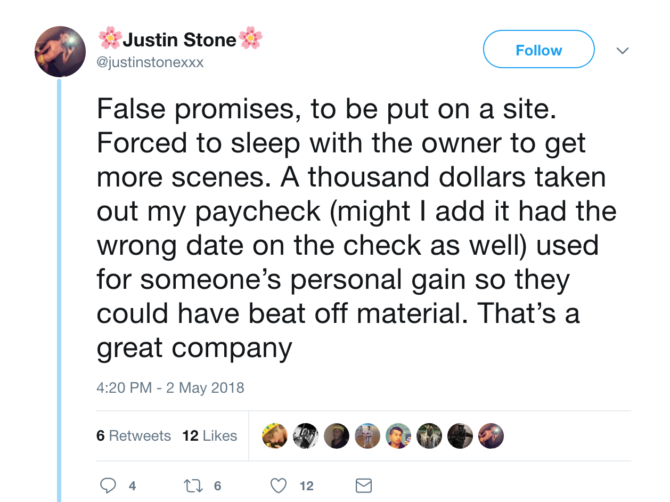 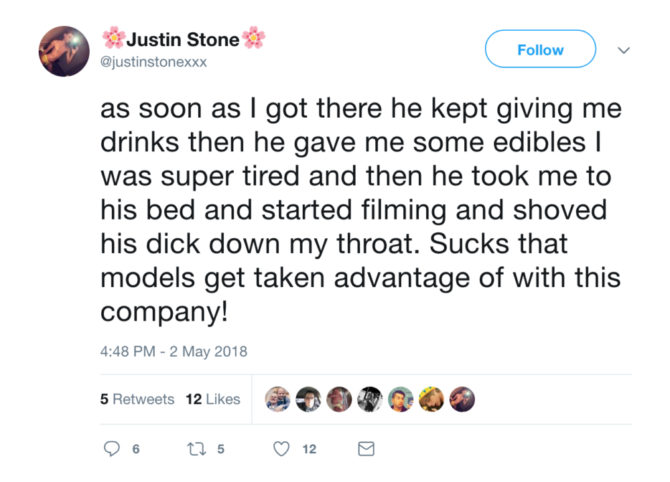 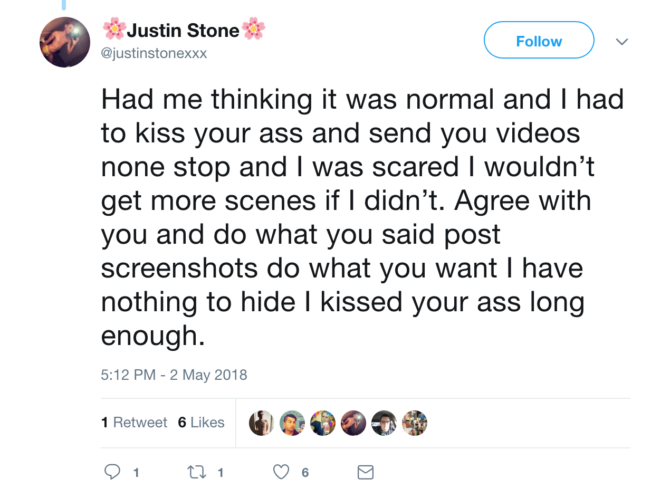 Stone is now the third adult film performer to come forward in recent weeks with these sorts of accusations against Schwandt. Last April, performers Kadence Pinder and Ethan Steele both made similar claims against the BoyCrush producer.

Schwandt has not yet responded to Stone’s comments, though in the past he has admitted to sleeping with models who later accused him of rape.