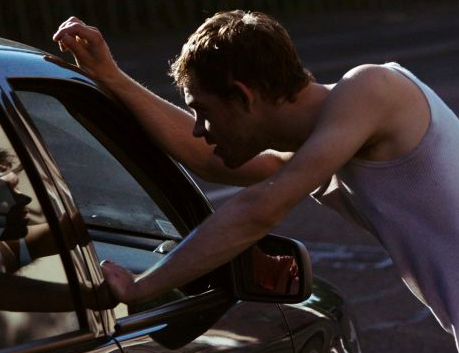 Sauvage/Wild finally premieres stateside this week, with a theatrical rollout in cinemas and availability on streaming to follow. As our interview with writer/director Camille Vidal-Naquet attests, the movie is intense. The story of Leo, a drug-addicted street hustler, Sauvage/Wild pushes the boundaries of sexual content to a new extreme. Then again, that’s the point: to examine a character as desperate to survive as he is desperate for affection.

Opens in New York April 10. A full rollout will follow on streaming and in cinemas.

The Sweat: A Dark Place

Landing in theatres and on streaming platforms this week, A Dark Place revives the classic small-town thriller genre with style and panache. Much of that comes from the lead performance by Andrew Scott (Sherlock, Handsome Devil), who manages to has a seductive charisma, even when looking like Hell. In the film, Scott plays Donald, a local garbage man, single dad and recovering addict in a small Pennsylvania town. When a local boy goes missing, Donald becomes obsessed with finding him and plunges into a twisted web of corruption and mystery. If the movie doesn’t make your palms sweat, Andrew Scott probably will.

Launches in theatres and streams on Amazon, iTunes and VUDU April 12.

Netflix strikes yet another blow for visibility with this new series based on the memoir of Ryan O’Connell, who also stars in the lead role. The show follows the misadventures in love and life of a gay man with cerebral palsy (which O’Connell has in real life), as he tries to reconcile his independence with his disability. O’Connell has charm and wit to spare, we can’t wait to see what he does next.

Speaking of Netflix, the streaming giant also launches this acclaimed Chinese film. Following the death of his gay-and-closeted father, teenage Zheng learns he’s been cut out of his dad’s life insurance, in favor of his father’s younger boyfriend, Jay. Though his San Lian threatens vows to get the money back, Zheng and Jay form an unusual friendship. Dear Ex stands out, in part because queerness is still a forbidden subject in mainland China. the fact that this film is a comedy makes it all the more irresistible.

Coming to Hulu this week, Destroyer puts a modern twist on Film Noir, in that it tells the story from the femme fatale’s point of view. Nicole Kidman stars as Erin, an LA cop and former FBI agent hot on the trail of a murderous gang of bank robbers. The twist: years before she and her partner (played by Sebastian Stan, the Winter Soldier in the Marvel Cinematic Universe) had infiltrated the gang undercover which eventually led Erin into a downward spiral of alcoholism and drug addiction. The twists and turns in this mystery-thriller would be enough for us to recommend it. Splendid performances by Kidman and Stan (who’s never looked sexier, seriously), seal the deal.

The Sip: The Bronx 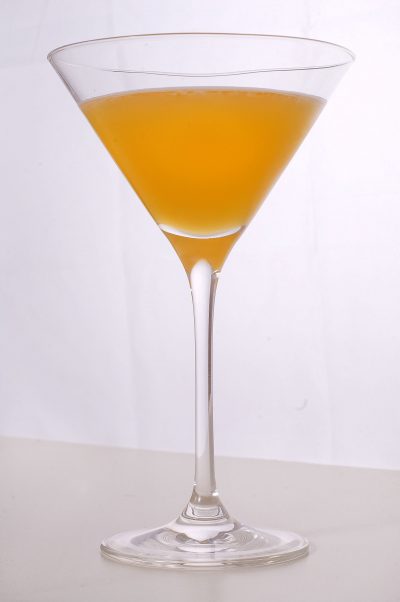 In honor of a screening list rife with crime, scandal, noirish thrills and intrigue, we offer up this variation on a martini seen in many a classic noir of yesteryear. Even better: it’s easy to make.