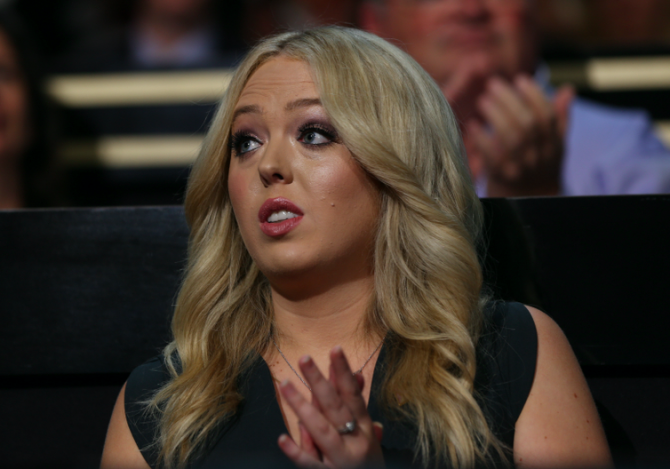 We don’t hear too often from Donald Trump‘s all-but-estranged daughter, Tiffany, but when we do, it’s usually about things like kittens, butterflies, playing with bubbles, or her supercute boyfriend. Rarely does she weigh in on serious current events.

Except for yesterday, when she posted the black square for #BlackoutTuesday. Oddly, however, she chose to include a quote from Helen Keller, a white disability rights activist, rather than, say, a Black civil rights leader.

Don’t get us wrong. Helen Keller’s great! But we’re really not sure how she factors into any of what’s going on in the country right now.

If you can’t come out and protest, your words are just letters.

What have you done?? How have you contributed?

Please tell your father to spread love and not hate 🙏🏽.

Your dad is an awful person but I’m hopeful that you are different! ❤️

good lord, you are tone deaf.

Tiffany, you seem like an outlier in the Trump group. Run, while you still can, as fast and far as you can.

While people appreciate this, they need more from you if you want to make a difference.

I know you mean well..but unfortunately you have that last name.

Some people noted that, while the 26-year-old seemed to be showing solidarity with Black Lives Matter protestors, just days earlier she had retweeted several inflammatory tweets written by her father.

I had hoped you were trolling your father woth this, but I see you retweeted a bunch of his tweets. So disappointing.

Despite her delicate tiptoeing around the issue, many of Tiffany’s dad’s supporters did not appreciate what she may or may not have been implying with the post. 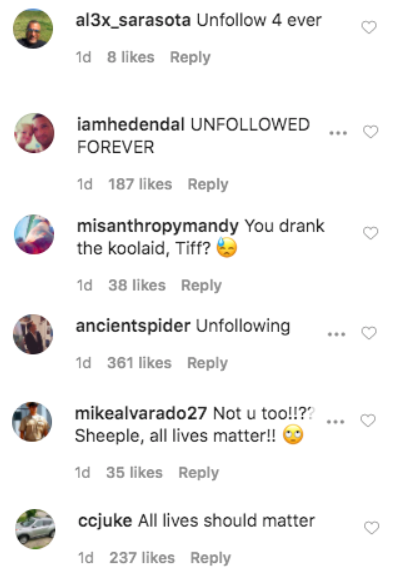 Honestly, we’re really not sure what Tiffany’s goals were in sharing the #BlackoutTuesday post, but we’re fairly certain she didn’t achieve them.

Related: Tiffany Trump and her supporters are being epically trolled on Facebook and they don’t even know it