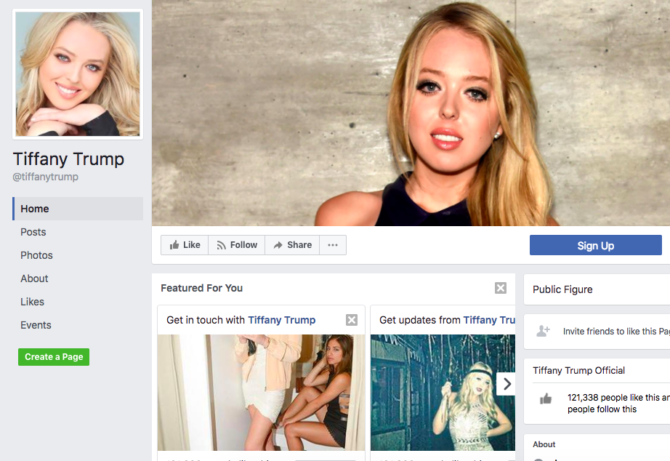 Some very clever person has created an unofficial official Tiffany Trump Facebook page and has somehow managed to convince over 120,000 people that it’s real.

How do we know it’s fake? The dead giveaway is the fact that it’s missing the official blue checkmark emblem verifying the page is authentic.

Then, of course, there are the posts themselves, which you would have to be a complete fool to actually think were coming from Tiffany.

For instance, on Easter Sunday, she posted the following picture:

That was followed up with this Easter video set to soft rock musack:

The page also includes strange things like this photo illustrating her family tree: 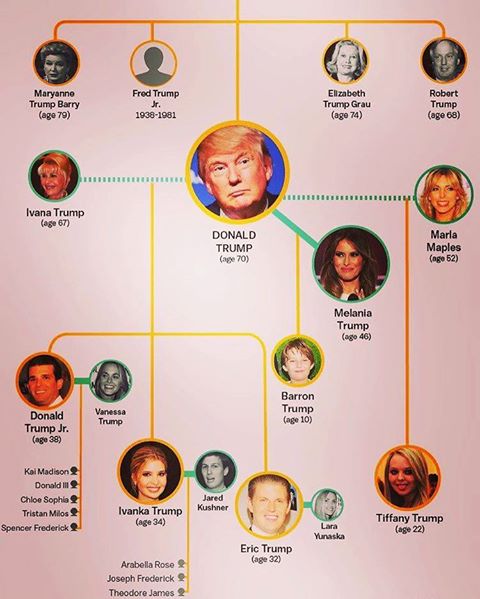 As well as an event page inviting anyone and everyone to her 24th birthday party happening at the White House in October 13, and bizarro comparisons to her and Miley Cyrus.

And under the “About” section, the page includes a link to some janky-looking blog devoted exclusively to articles about Tiffany.

Yet despite obviously being fraudulent, the page has amassed an astounding 124,043 followers who regularly leave kind and encouraging missives for Donald’s youngest daughter:

Some people are so dense.

Related: Tiffany Trump requires not 1, not 2, but 3 cars full of Secret Service agents when she shops