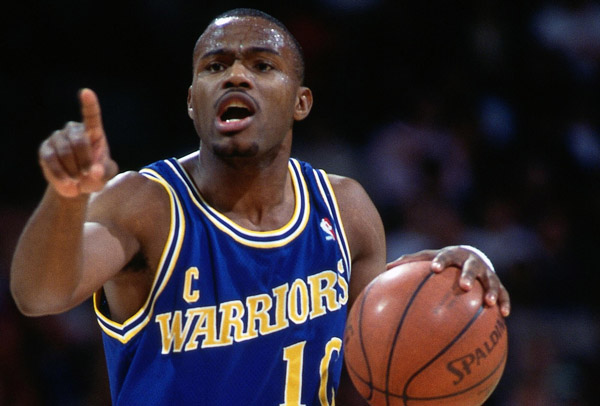 Former NBA superstar Tim Hardaway is hoping his homophobic past doesn’t cost him his place in the NBA Hall of Fame again. The five-time All-NBA selection and five-time All-Star is a Hall of Fame finalist, for the fifth time. But, if history is any indication, he likely won’t be inducted.

Quick backstory: In 2007, Hardaway was still riding high after recently retiring from a crazy successful 13-year career in the NBA, during which he scored a total of 15,373 points and 7,095 assists and won an Olympic gold medal with Team USA.

Then it all came crashing down when he told a radio host that he hated gay people.

Speaking to Dan Le Batard of 790 the Ticket about former NBA player John Amaechi, who had recently come out of the closet, Hardaway said:

When La Batard told Hardaway he was being homophobic, the athlete answered:

Hardaway later issued an apology and went on to be an advocate for LGBTQ youth, working with The Trevor Project and The YES Institute.

He also advocated for marriage equality in Florida in 2014, and was a vocal supporter of Jason Collins, who became the first active openly gay male player in a major American professional team sport in 2013.

Now, in a new interview with Hoops Hype, the 52-year-old says the reason he hasn’t been inducted into the Hall of Fame after all these years is because of those remarks he made in 2007.

“I hurt a lot of people’s feelings and it came off the wrong way and it was really bad of me to say that,” he says. “Since then, I’ve turned a wrong into a right.”

“My parents used to always tell me, ‘If you do something wrong, look it in the eye. Don’t back down from it and be scared of it. Go make it right and make people understand that you made a mistake.’ And that’s what I did.”

Hardaway says making the Hall of Fame “would mean a lot,” saying it “solidify my career.” And while he remains hopeful he’ll make it some day, he also knows it may never happen because of what he said once upon a time.

“There’s nothing I can do about it. You got to take your bumps and bruises, and that’s what I’ve been doing. I just try to be positive. It hurts. But, hey, I understand the ramifications of [what I said]. I understand why I’m not in. All I can do is keep living.”