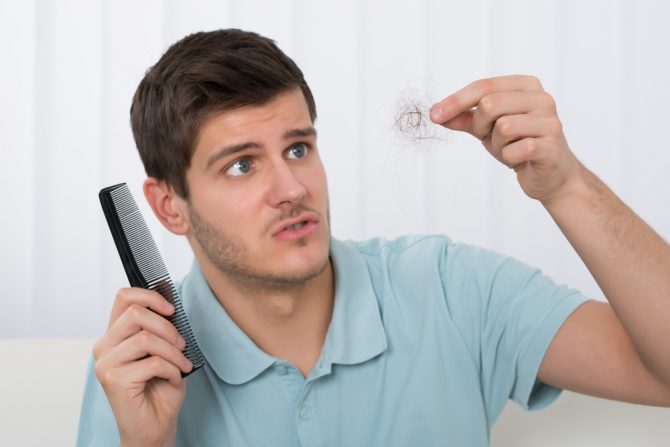 It was completely avoidable, too. I could have twirled a fidget spinner, called a counselor, meditated, or had a beer. But since I didn’t have any of those things, and since I’d recently quit drinking, I just skipped all of that and went straight to the emergency room. Time saver!

It all started when I woke up one day in my mid-twenties and thought, “My hair is growing thin,” then concluded, “I’m never going to get laid,” then theorized, “I’m going to be alone forever,” then announced, “Bye, social capital,” then determined, “My life is over,” then realized, “Well, I don’t need to leave my bed today,” then murmured: “But I’m hungry!”

After cycling through the aforementioned six thoughts and one murmur five more times, I realized that my heart was beating 500 miles per hour. I walked downstairs to tell my mom the good news: I was dying!

In the emergency room, I continued to worry about my hair loss. But I also worried about other things! For instance, I worried about whether or not I should cross my legs homosexually in the emergency room. I also wondered if I should ask someone in the ER if they had a toupee, in case there was a cute gay doctor at this hospital. Then I wondered if I should write a Facebook status telling everyone that I was dying. Then I did!

Later, when a nurse asked me, perfunctorily, if “I was experiencing any other symptoms other than ‘thinking that I was dying,’” I responded confidently: “No but I, like, am.” She became concerned, looked me up and down, and slowly backed out of the room.

When a doctor then entered my room and hinted in delicate, soothing tones that I had merely experienced a panic attack, I gently challenged him. “No,” I said. “I couldn’t have. This has never happened to me before.”

He said that he could take more tests to “be sure” (to which I responded, “yeah, we should be sure,” while checking to see if he was on Grindr). But then I began to wonder if I really had just worked myself into a frenzy and arbitrarily decided that I was dying.

Eventually, upon receiving the terrible, shocking news that I was not dying–and, even worse, in perfect health–I realized that I had hit a new rock bottom of sorts; however, this rock bottom wasn’t in a ditch somewhere, or after a night of drinking. It was in a hospital room, with a cute doctor who had just tapped me on Grindr. Just kidding. I wanted you to think this had a happy ending.

Here’s the real ending: I picked myself off that hospital bed and slowly made my way to a bathroom. There, staring in the mirror, I realized that I would have to make a decision. I could quit drinking. Or I quit worrying. But I couldn’t do both.

After all, I had always managed my worrying in less complicated ways before then. Every time I had realized I didn’t have a six pack, I had just gotten hammered and made friends with a homeless person in a ditch somewhere.

I had even used booze to cope with hair loss. One time, in college, I drank half a fifth of vodka and then told a random drunk girl in a fraternity bathroom that I was going bald. She cried, kissed me on the forehead, and embraced me silently for two minutes. Then I realized that she had fallen asleep.

It was finally hitting me that I couldn’t go to an emergency room every time I had a panic attack; however, I also couldn’t go get hammered every time I had a stressful thought, especially about losing my hair. I would need to find a happy place, in the middle, if I was ever going to make peace with the balding man in the mirror.

Two weeks later, a $2000 hospital bill arrived in my mailbox and made that process much either. Ditto to the subsequent two second Google search that showed me that I could get doctor-approved hair loss medication… for free… from the comfort of my bed… that morning. It was actually perfect timing, since I had just woken up and thought, “My hair is growing thin,” then concluded, “I’m never going to get laid,” then … Well, you know the rest.