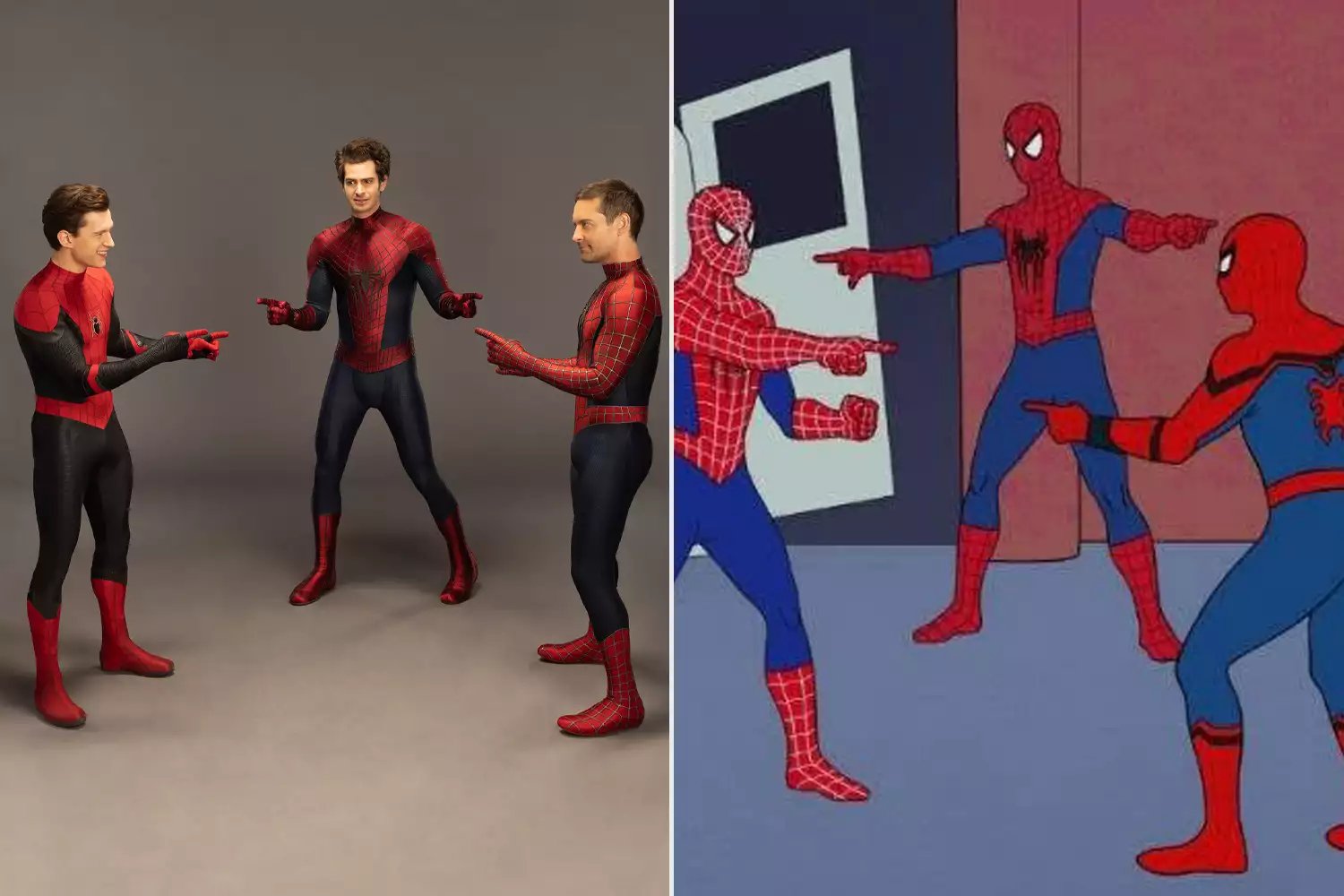 In case anyone ever needed an argument in favor of making superhero costumes out of spandex–or perhaps an argument against it too–Spider-Man star Andrew Garfield has provided both.

Garfield, 38, stopped by Jimmy Kimmel Live! to discuss some of his recent acting projects, including his Oscar-nominated performance in tick…tick…BOOM! The pair also got onto the subject of his role in Spider-Man: No Way Home, in which he played opposite current Spider-Man Tom Holland and former Spider-Man Tobey Maguire.

According to Garfield, before the three even shot their scenes together, Marvel Studios asked them to do a photoshoot recreating an infamous meme. The image in question shows three versions of Spider-Man pointing at one another. Though the pose seemed simple, according to Garfield, it proved more distracting than anyone anticipated.

Related: One actor wanted this beloved Spider-Man character to be queer. Marvel nixed the idea.

“Me and Tobey landed on set, they put us in the costumes, and they said, ‘We’re going to do the meme really quickly,’” he told Kimmel. “It was before we had shot anything.”

“We were all kind of thrown onto a set and told to point at each other,” he continued. “I think we got one good shot, and that’s [the one released] because the rest of the time, we were just laughing, trying not to stare at each other’s crotches. Just comparing bulges.”

We won’t ask what happened after the shoot, or how that might have affected the relationship between the three actors. We’ll just use our imaginations.

Spider-Man: No Way Home is available for purchase on Amazon, VUDU & YouTube.