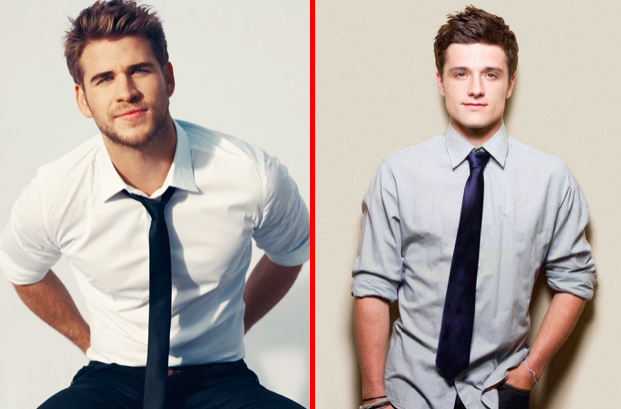 Well, this is scandalous! Sort of.

Josh Hutcherson revealed to Stephen Colbert this week that he once got naked with his Hunger Games co-star Liam Hemsworth at a fetish club in Berlin.

Oh, and Jennifer Lawrence was there, too. But that part of the story is a lot less interesting.

Hutcherson says they were at the world famous KitKat club when it happened.

“There’s like these big German bouncers there, and he’s like, ‘No, no, no, you cannot come in because it is fetish night. You have to take off your clothes’,” he recalled.

But it wasn’t quite as sexy as you might think.

“You have this idea of what like an underground Berlin nightclub would be with no clothing,” he continued. “[That’s] not what the situation was because it was like, geriatric.”

Not that “old, old, old people” can’t be sexy. But it’s not what Hutcherson quite had in mind.

“There was a guy walking around fully naked and he had like a leather strap and it was holding things up,” he told Colbert. “And he was just like walking around plucking on his ukulele. It was fun. We didn’t stay long.”