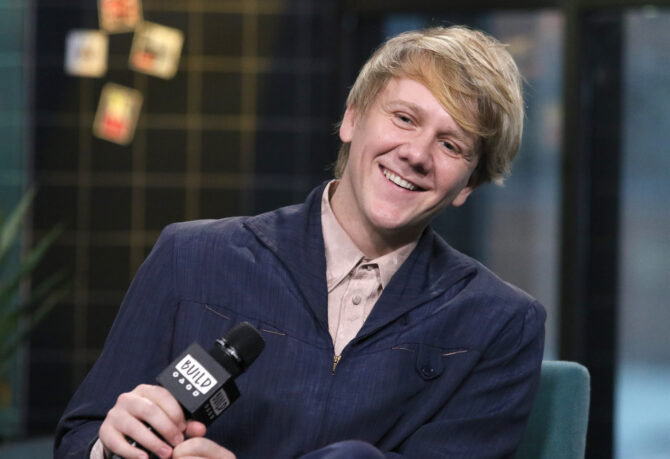 Look, we all experiment in our teen years, searching for our first blushes of connection and intimacy wherever we can get it. Josh Thomas just so happened to be searching in the produce aisle.

The gay comedian and actor—best known for breakthrough comedy Please Like Me and the sweet Everything’s Gonna Be Okay—recently stopped by the Australian news podcast, I’ve Got News For You, where he opened up about sexual experimentation in his teen years, revealing he once even tried to screw some fruit. But it wasn’t quite the peachy Call Me By Your Name experience you might imagine.

“I had sex with a lot of girls, and I liked it,” Thomas recalled. “Like, it was fun to do that when I was a teenager. But also when I was 14, I tried to f*ck a watermelon.”

As he went on to reveal to podcast host Andrew Bucklow, the performer has spent a lot of time contemplating the significance of the melon-mashing within his grand journey of self-discovery—he’s even discussed it in his stand-up sets:

“What does it mean, really, you know?,” pondered Thomas. “I grew out of fruit and then onto girls, and then I moved from girls onto men.”

Starting with watermelons and then landing on men? We believe, in some scientific communities, that’s known as a “Fruit Loop.” (No, not really—just let us have this one strained joke.)

That’s about as good of a promo you could ask for for Thomas’ new podcast, How To Be Gay, which is actually the main reason why he dropped by I’ve Got News For You. Like the watermelon discussion, one can expect plenty of hilarious, bawdy, and refreshingly frank talk on his podcast about the breadth of the queer experience, probing the deeper, personal questions you simply won’t find answers to by typing “How to be gay?” into the Google search bar.

In another titillating tease, Thomas told Bucklow of his upcoming guests, “Some of them are my friends, one of them I’ve hooked up—but not on the list you just gave.”

So, which How To Be Gay guest has Josh Thomas connected with on a deeper level? You’ll just have to listen to the podcast to find out!