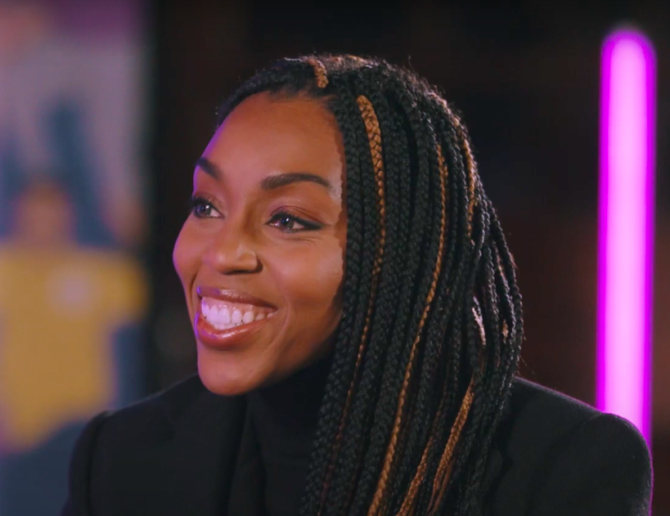 In February, the two-time WNBA champion made history when she became part-owner of her former team, the Atlanta Dream, as well as the team’s Vice President. She is the first former player to become both an owner and an executive of a WNBA team.

“My Dream has come true,” Montgomery said in a statement when her new stake in the team was announced.

“Breaking barriers for minorities and women by being the first former WNBA player to have both a stake in ownership and a leadership role with the team is an opportunity that I take very seriously. I invite you to join me as the Dream builds momentum in Atlanta!”

So proud of this Queen. This is everything we are about! #Morethananathlete @morethanavote https://t.co/7xddvmG8UU

Before gaining ownership of the Dream, Montgomery was already making history, along with other WNBA players, through an extraordinary show of activism.

Montgomery sat out the 2020 season to focus on social justice work and quickly found herself confronting the Dream’s owner at the time, then-Georgia Senator Kelly Loeffler, an extreme, anti-LGBTQ conservative.

As Black Lives Matter protests erupted around the world following the murders of George Floyd and Breonna Taylor, Loeffler repeatedly denounced the WNBA’s support of the Black Lives Matter movement, a move which led to calls from players for her to leave the league.

In an Open Letter, Montgomery urged Loeffler to rethink her position against Black Lives Matter.

“Imagine your friend overwhelmed with grief, tears flowing down her cheeks, confiding in you that she has breast cancer,” she wrote. “How good of a friend would you be if you crossed your arms and replied, ‘All cancers matter’?”

I’m pretty sad to see that my team ownership is not supportive of the movement & all that it stands for. I was already sitting out this season & this is an example of why. I would love to have a conversation with you about the matter if you’re down?

Montgomery joined the Dream throughout the summer of 2020 in not only speaking out against Loeffler, but in outwardly supporting her opponent in the Senate race, Raphael Warnock.

Shout out to the WNBA’s Atlanta Dream for using their voices and their platform to promote Kelly Loeffler’s opponent Rev Raphael Warnock #Vote pic.twitter.com/kjjd6aKRiP

The Dream’s advocacy is considered crucial to now-Senator Raphael Warnock’s victory over Loeffler in the January 5 runoff elections. It also played a role in the ultimate change in team ownership.

This year, Montgomery also worked with Lebron James’ foundation, More Than A Vote, aimed at educating and energizing Black voters, to get out the vote in Georgia.

Through all of this, as well as her own foundation, Renee Montgomery has shown she is pretty much unstoppable.

A post shared by More Than A Vote (@morethanavote)