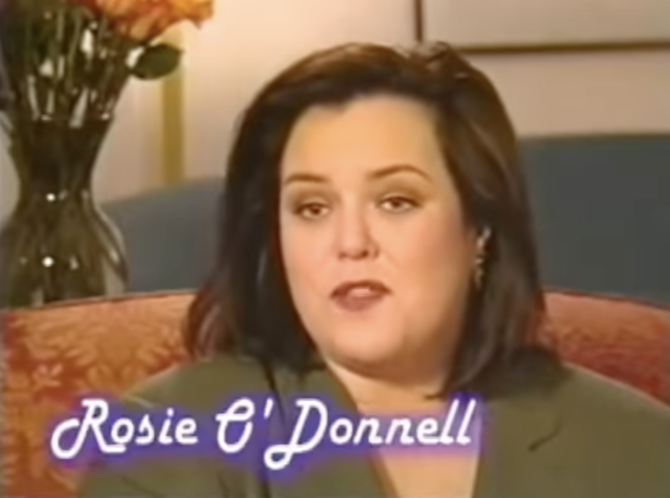 Over the course of her career, O’Donnell has been featured in over two dozen films and TV shows. In 1999, she appeared in the Lifetime movie Jackie’s Back! The mockumentary chronicles the life and times of a fictional ’70s R&B diva named Jackie Washington (played by the legendary Jenifer Lewis). After several years of toiling in obscurity, Washington hosts a comeback concert with the help of filmmaker Edward Whatsett St. John (Tim Curry).

O’Donnell makes a brief cameo in the film, along with several other LGBTQ icons, including Liza Minnelli, Dolly Parton, Bette Midler, Jackie Collins, Whoopi Goldberg, and Kathy Najimy. Other notable queer people who appear are Sean Hayes and Melissa Etheridge.

Sadly, Jackie’s Back! isn’t available to stream anywhere (can someone please start a change.org petition to fix this?!), but you can watch the trailer below.

While you’re here, check out this video of Rosie rocking a mullet while appearing on An Evening at the Improv early in her career.