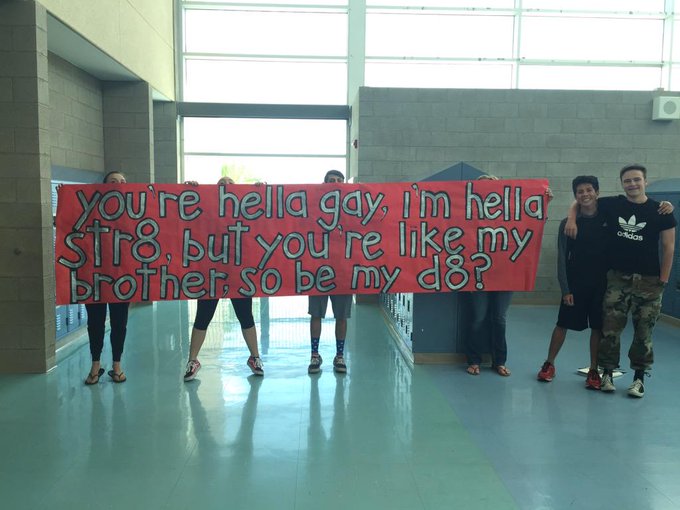 In 2015, Las Vegas high school student Jacob Lescenski asked his friend Anthony Martinez to the prom. What made the story extra special is that Jacob is straight and Anthony is gay.

Jacob was comfortable enough with his sexuality that he didn’t care what others might think about him taking his best friend, who happened to be a gay guy, to the prom. Not only that, put he put together the cutest promposal ever.

First, he made a giant sign that read, “You’re hella gay, I’m hella str8, but you’re like my brother, so be my d8?” Then he had a bunch of their friends hold it up in the cafeteria for Anthony to see when he walked in.

The story went viral. Afterwards, both teenagers were invited to speak at the HRC’s gala in Las Vegas.