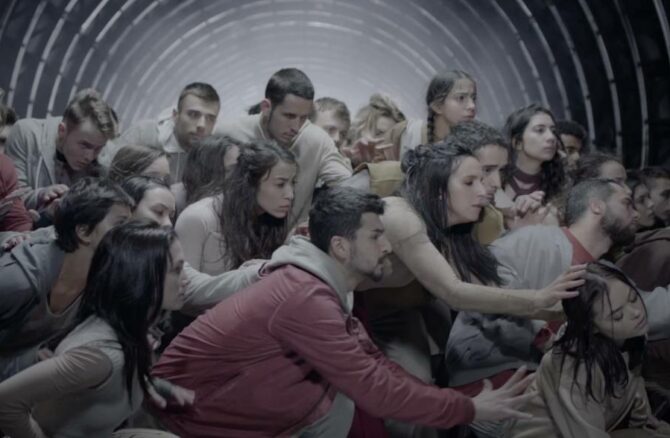 The song was about the ethnic cleansing and cultural genocide of the Crimean Tatars at the hands of Joseph Stalin in the 1940s. It was inspired by Jamala’s great grandmother, who was in her mid-20s when she and her five children were deported to Central Asia. One of the children did not survive the journey.

Sadly, the song’s English verses, written by poet Art Antonyan, have taken on another layer of meaning in the context of Russia’s invasion of Ukraine this week:

When strangers are coming
They come to your house
They kill you all
And say: We’re not guilty
Not guilty.

Where is your mind?
Humanity cries
You think you are gods
But everyone dies
Don’t swallow my soul
Our souls…

….We could build a future
Where people are free
to live and love
The happiest time
Where is your heart?

The song’s chorus is sung in the Crimean language, and features words from a Crimean Tatar folk song called “Ey Güzel Qırım” that Jamala’s great grandmother used to sing when she was a child.

Now, check out the official music video she released a few months later.