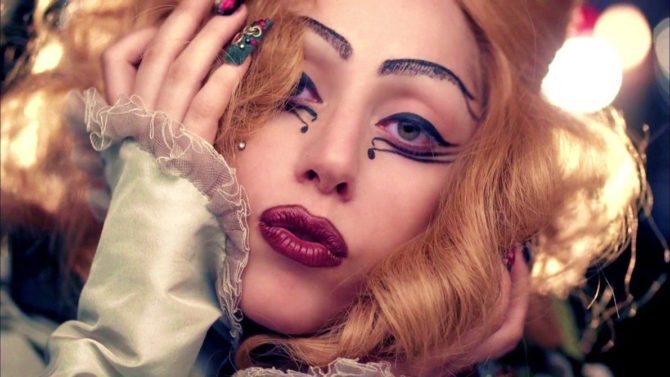 Attention Little Monsters! We have potentially major Lady Gaga news for you…

Social media handle @PopCrave noticed that Gaga changed her profile picture on Twitter and Instagram over the weekend to a black and white image of the word “GAGA” spelled out in musical notes:

.@LadyGaga has changed her social media layouts in what appears to be another #LG6 tease. ?

Any guesses as to what it may mean? pic.twitter.com/ATDbn6a5Nq

The profile pic change comes just a few weeks after the singer revealed her newest tattoo, which features the same exact image.

Many fans quickly noted that this is what Gaga has historically done every time she releases a new album.

Naturally, this led many to speculate that the A Star Is Born actress’ sixth studio album will be a self-titled effort and stylized as “GAGA.”

Y'all best believe LG6 is called GAGA. Like with ARTPOP, "new ink new album". I am BEYOND excited pic.twitter.com/FSLErDbOgW

Lady Gaga changes her banner and adds a photo. Me & every other Gaga fan: pic.twitter.com/ZCeZEm4vtA

If #LG6 really is called #GAGA, and she’s dropping the “lady” this era, I think we are in for one of the biggest POP albums in a looooooong time ?

lady gaga is pregnant with herself, she’s giving birth to #GAGA on the 28th march. pic.twitter.com/1TvD5wnnmo

Fans have also been speculating that the album may feature collaborations with Rihanna and musician Bloodpop, since Gaga recently began following both of them on Instagram.

Of course, assuming makes an ass of you and me. We won’t know for sure until Gaga makes the official announcement herself, which is expected any day now.