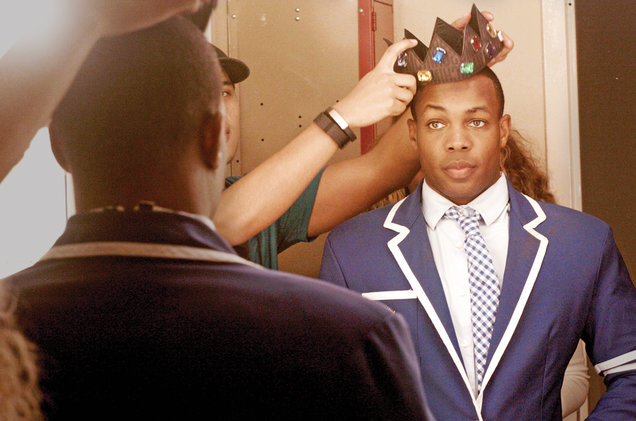 Todrick Hall is the latest pop star to release a documentary chronicling his rise from American Idol contestant to YouTube superstar.

Last year, Hall blew everyone away with his third studio album Straight Outta Oz. The self-released musical offering blended his personal life with The Wizard of Oz and reached #2 on iTunes (second only to Beyoncé’s Lemonade). It also spawned a successful 30-date North American tour.

Related: Todrick Hall on his new tour, RuPaul, and, of course, The Wizard of Oz

The Straight Outta Oz tour ran through July and August of last summer with stops in both Canada and the United States. It was revived in 2017, where it toured additional North American, European, and Australian locations. Now, it’s now being chronicled in Todrick’s new documentary Behind the Curtain.

The documentary follows 32-year-old  Todrick as he rehearses for the tour, travels the country, meets his fans along the way, and learns he landed the role of Lola in Kinky Boots on Broadway.

Related: This ‘Kiki’ is marvelous! New vogue documentary is a must-see.

“It’s a really full, complete view of everything that happened over a four-month period,” he says. “I think after watching this you’ll have a better glimpse into what it’s like to really work with someone like me.”

Behind The Curtain is available on iTunes today and will be released on DVD on December 19, just in time for Christmas.

Check out the trailer.