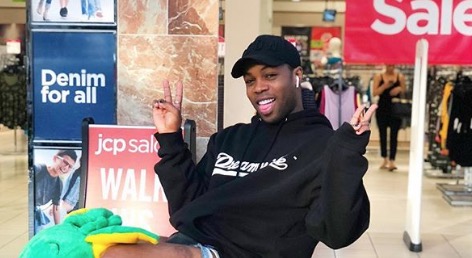 Pop sensation Shawn Mendes again addressed those persistent gay rumors this week, speaking to Rolling Stone about the stress they continue to cause him.

“I’d like to say I don’t care about it, but that’s not true,” Mendes said.

So Todrick Hall took to Twitter to make a few Shawn Mendes gay jokes to his 300K+ followers.

“Shawn Mendes is not gay, or at least not yet,” the out musician and Drag Race judge wrote. “And he may never be…but one thing is for certain, if he EVER comes out. I’ve got dibs. Love you @ShawnMendes and your music! Hope to marry, sorry meet you someday.”

Todrick Hall may have deleted this cringeworthy and embarrassing tweet, but the internet never forgets. pic.twitter.com/lobA1IAIhY

Here’s some more of the internet not forgetting:

Another day where Lena Dunham and Todrick Hall both annoy the shit out of me.

"Not yet"? Youd think Todrick Hall, a member of the LGBT+ community would know you dont just suddenly BECOME gay.

i hope this means alyssa edwards gets to choreograph the season 12 dance challenge: she's better tv and better at choreography so it's really a no-brainer

Sorry about that tweet, I tweeted between scenes trying to be supportive, but realized it was problematic. Was not trying to be insensitive. I assumed the hate was coming from homophobic people and didn’t think before I posted. Huge fan of Shawn clearly, and didn’t mean any harm

Working on being more sensitive

Just one more case study in the importance of thinking before tweeting.