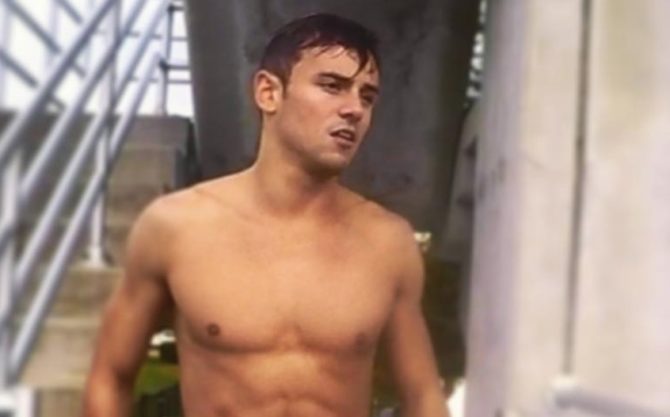 Reddit recently made headlines when they banned so-called “deepfakes,” the suspiciously time-consuming practice of using AI to generate adult content with celebrities’ faces on the bodies.

But whether or not deepfakes finds another outlet to host their hard work, another sort of celebrity deception (or is it?) continues to pop up, and it’s a whole lot less savvy.

Related: Tom Daley flashes his cakes on the diving board

Here’s what we do know: In January, Tom was reportedly upset over some particularly cheeky photos that made their way to the web.

The photos feature him gazing at the camera, wearing nothing but his Olympic ring.

The issue was set freshly ablaze when someone claiming to have additional photos taken by Daley began circulating.

Suffice it to say, it’s not so much cheeky as it is flashy.

So far, Daley hasn’t commented on the images, and their legitimacy is being questioned. The Tumblr account it was posted to, however, had this to say:

Okay, we refuse to post fakes and always have. We have had these pictures for a while and have tried and tried to verify them, We think they are genuine, but cant guarantee it. Does seem to be authentic and uncut and about the size we expected from bulge in his shorts. So, make your own mind up boys.

Tom’s lawyers were quick to the draw the last go-around (and the time before that), so perhaps they’ll be getting a call very, very soon.

We won’t post the photos here, but there’s this thing called Google…