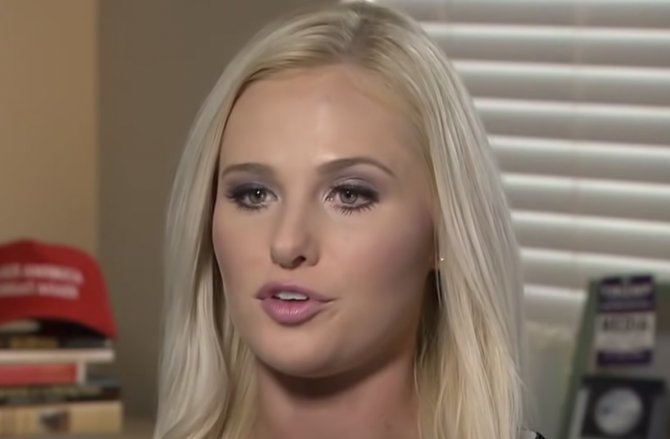 Nineteen children and two teachers were murdered by 18-year-old gunman Salvador Ramos when he opened fire at Robb Elementary School in Uvalde, Texas, a small city of about 16,000 residents, approximately 85 miles west of San Antonio.

“It’s not about guns, it’s about evil. The Democrats only want it to be about guns so they don’t have to address the evil,” Lahren tweeted just hours after the massacre, as some families were still waiting to learn whether their children were alive or dead.

It’s not about guns, it’s about evil. The Democrats only want it to be about guns so they don’t have to address the evil.

Lahren’s tweet is so incredibly dumb and insensitive that we almost don’t want to justify it with a response, but we feel compelled to at least say that it’s entirely possible for yesterday’s school shooting to be about guns and evil. Both things can be true at once.

As someone who lives in Australia where we have no mass shootings in schools I can confirm it is 100% about guns.

The leading cause of death for children is gun violence. True story. That’s a problem.

I’m all for protecting gun rights, believe me, but we’ve tried everything else to stop mass shootings. Why not try SOME policy changes just to try something different? We can always repeal it if it doesnt work, like roe v wade

Naw it’s about the guns ! pic.twitter.com/h3hDNldkaS

Evil doesn’t kill as many people without a gun.

Bet you’d feel different it were your child or your relative! What’s the issue with a background check?

Offer solutions if you have them.

To criticize is easy. To solve complex problems might be a bit tougher for you.

Tomi Lahren is an idiot. Thankfully, the world is filled with a lot more sane, rational, and responsible people who speaking out about yesterday’s tragedy. Like Parkland shooting survivor David Hogg. He’s been using his platform to offer actual solutions for preventing future massacres.

The 22-year-old gun control activist has been tirelessly reaching out to reporters and politicians on social media asking for their help, and he has been encouraging his 1.1 million followers to do their part in ending the epidemic of gun violence in America.

If you’re mad I need you two do three things-

3. Show up after this is not in the headlines every year at your state legislature & demand action