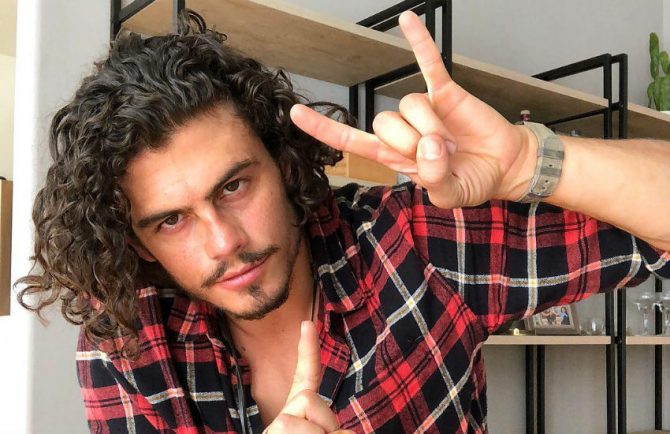 In the new series Good Trouble, Tommy Martinez plays a polyamorous bisexual character named Gael. Now, in an interview with MTV News, he is speaking out about what the experience taught him.

“I learned as I research more about this character that even within the LGBTQ community bisexuality isn’t really accepted,” the 26-year-old says.

He continues, “That’s upsetting to me because it’s like you are working against the very same things that you are fighting for.”

“There’s still so much work to be done and to tell these kinds of stories.”

Started off the @revivalstrength program at around 204lbs. This was 12 weeks of training my ass off, because I wasn’t happy with what I looked at in the mirror every morning…and I think you can tell by the first picture I took when I began the training. I love beer, I love food that is terrible for me, and it took a lot to get my ass into gear. I’ve cut that weight down to 187.8lbs, and feeling physically/mentally stronger. Wanna make ANY kind of change? DISCIPLINE & CONSISTENCY. Anybody can do it, and you’ll live a happier life all around in the process. GET IT.

Earlier this year, Martinez, who doesn’t identify as gay or bisexual, opened up about having a same-sex experience when he was a teenager.

Speaking to the Advocate in January, he said:

I had an experience with a man maybe 10 years ago and this is the first time that I’m saying that publicly. Throughout that whole time, I felt like I was put into the shadows, because the way that my community was, the way that they spoke about [LGBTQ people], [the] Hispanic community, it’s not only just them, but they are very religious and strict on what they believe it, but same with many other people in the world and here in America.

The way that they talked about homosexuality or even just experiencing something like that with slurs or what have you, my friend said the same thing, so I had nobody to talk to about [my own experience]. And I kept that inside the whole time until now.

In his interview with MTV News, Martinez also says that within his large Venezuelan family, sexuality was never really discussed when he was growing up.

“My parents, my sisters, and brother–they love the show,” he says. “Granted, it was something new to see me on screen hook up with a guy, but I told them this is the character and that’s that.”

“Some of my other family members questioned if I was really into the guy that I make out with on screen,” Martinez continues. “I used it a teachable moment, where I wanted it to be known that if I did [enjoy it] that it shouldn’t be a problem.”

“I feel really good about this character because it’s helping my family to understand that people live different lives.”