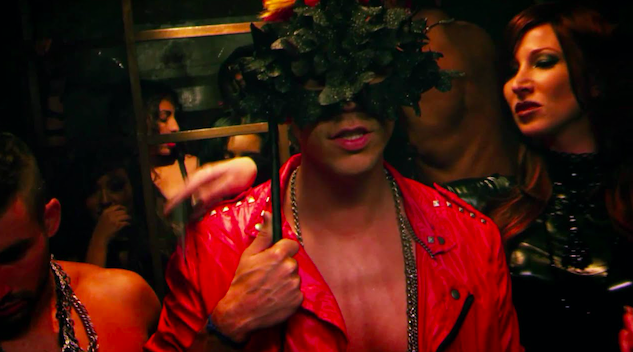 You don’t realize the rarity of queer Latinx artists until you try to name five.

The list gets difficult after Ricky Martin. And no, Enrique Iglesias isn’t gay.

Queer visibility has come a long way since the days when we relied on television to learn about music. But the pop stars shattering glass ceilings still appear closer to the exception than the norm.

To celebrate our appreciation of Latin culture (and their butts), we’ve ranked the best gay Latinx music videos of all time – judged on their talent and queerness. We’re still debating on the asses.

It’s unpredictable what tune will be immortalized into pop culture, but Ricky Martin achieved this when living la vida deep in the closet. This song is to the queer Latinx music industry what Mariah Carey is for Christmas music. The video itself is less insane than it sounds, featuring the Puerto Rican artist singing on stage and in the rain. It’s almost as lazy as Pablo Alborán’s “Solamente Tú,” which might as well have been filmed with a GoPro. Nevertheless, it’s strangely satisfying to finally see a gay man receive global recognition – with over 400 million views to date – for doing the bare minimum, even if they had to kiss girls to do it.

Embodying Latina Madonna vibes, bi Spanish singer Monica Naranjo takes us to space (and camp) in “Sobreviviré.” The black and white scenes look like never-before-seen footage of Morticia Addams doing gay things. Of course, there are multiple ways Latinx gays deal with breakups (despite most likely being the cause), but we’re certain binging on this raw Spanish ballad about survival is one of them.

In a world that condemns bisexual females as a cry for attention, Anitta reminds her haters she hardly needs the press. In “Paradinha,” she solidifies herself as a global phenomenon and competes to win our vote for best ass. She also increases her relatability with gay men who are always eager to show off their hard work from so much squatting. The music video is what our Nicole Scherzinger dreams are made of, perhaps, with less hair whipping.

What’s better than Robyn dancing alone at the club? Thalia at the club not giving a f**k, in Spanish. Or so she sings in the #punkSpanishgirl anthem “A Quien Le Importa” (Who cares). The Mexican singer is also considered the “Queen of Latin Pop.” The visuals take us back to the glory of the early, edgy 2000s and Tumblr baddies. The lyrics empower gays not looking to explain themselves or change; as the star sings, she is like this because she is who she is, and she will never change—your typical power top.

Looking like it was brought from the original creators of Queer as Folk, Christian Chavez’s “LIBERTAD” is your circuit party Spanish bop. We also love a good coming out story, and Chavez used this video to announce to the world that he decided to start enjoying sex. He became one of the first major Mexican stars to do so. In it, Chavez proves that he watched a lot of Queer as Folk himself. While he might not be history’s greatest vocalist, the video itself is a work of art. It looks like what you imagined your first night at a gay club would be like. But, in reality, it’s less liberty and more waiting for another person to make a move, anyone. And then clarifying to the cruel universe that you meant someone hot. With a great ass.

You might be thinking you got lost online and somehow ended up in another best listicle of all time – the worst kind, a straight one! Well, ok not technically designed as a music video; it’s still a video clip produced for the song. And how many queer Latinx artists can say their careers were birthed by Disney (and clearly had access to their animated resources). Rising queer Cuban star Jessica Darrow can as she sings so catchily in Oscar-winner Encanto’s second hit song, “Surface Pressure.” We also love that Darrow advocates for the “soft butches” community. The song was also her debut single. Released in 2021, it made it to the top 10 on Billboard and has been watched over 200 million times. Anyone who struggles with an OCD partner, who hassles you about an absolutely normal level of untidiness, will relate and sing in the shower after hearing them complain about finding a jacket on the chair.

So we extended this list to seven because we couldn’t snub this underrated gem from a former Euro Song Competition favorite. Javi Soleil’s “Vívela” is easily one of the worst music videos on this queer planet. But it might just be so bad that it’s actually one of the best. The dancing looks like teens produced it on TikTok. The visuals look like a gay with too much time on his hands took them with a green screen and a supportive group of friends. We were absolutely not ready for the wrath of his eyeliner. And there is nothing the gays feel pressured to do more than root for someone obviously trying really hard – whether in a music video, at a drag show, or in this road of messiness called life. And sometimes, it’s in the messiness we can see ourselves, which makes this video iconic.