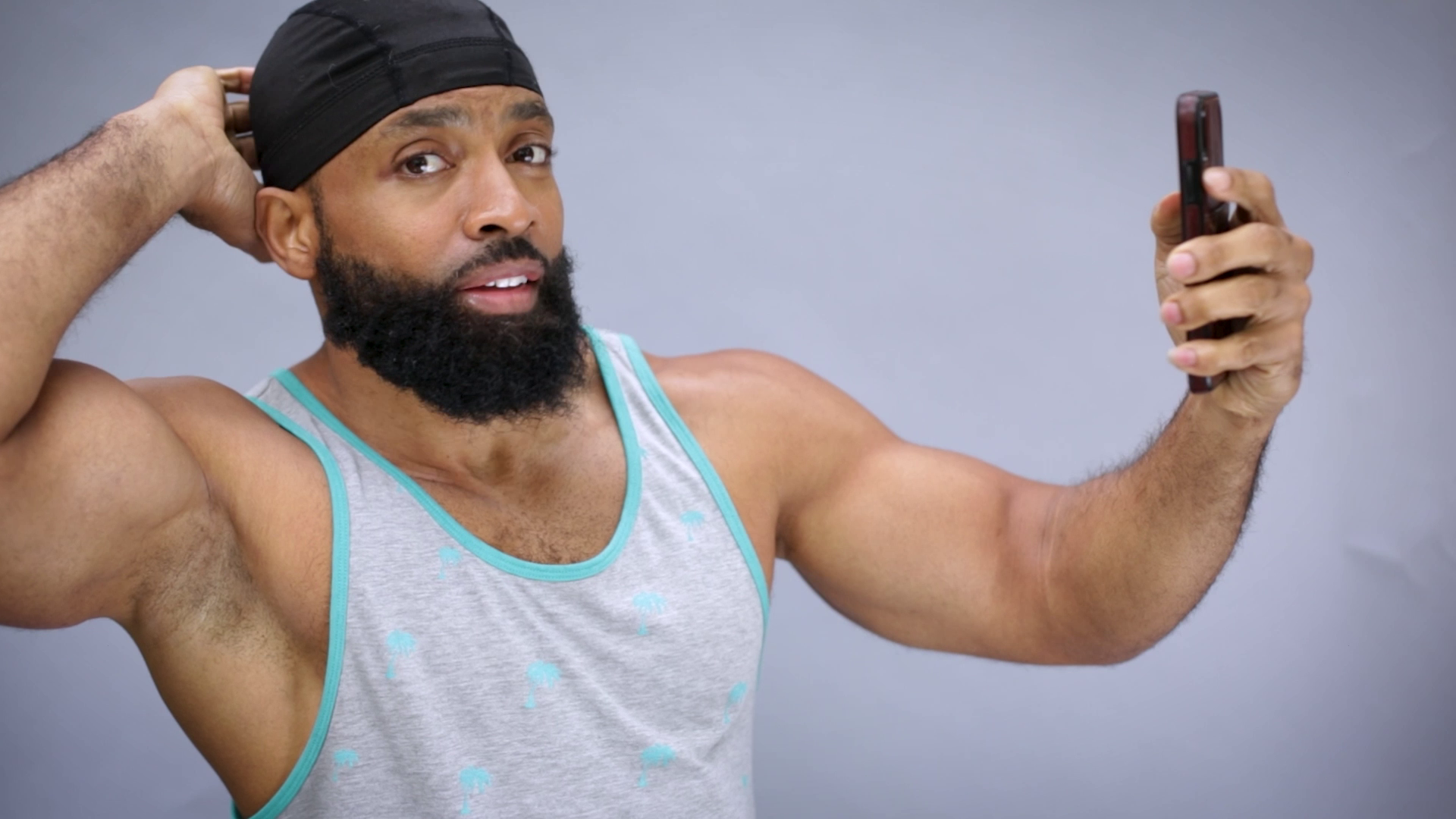 If there was any question that Charles Sanchez is the Mad Hatter of the HIV community, his latest project should remove all doubt.

“The More You Can Ho,” a completely looney set of new HIV public service announcements, is the brainchild of Sanchez and his SkippingBoyz producing partner, Tyne Firmin. The pair is responsible for the award-winning musical web series Merce.

The PSA’s deliver HIV messages with a wink, a lick of the lips, and a knowing smile (you can watch all the PSA videos here), but this campaign saves the best for last.

A candy-colored music video for the original song, “The More You Can Ho,” by composer and lyricist Joel B. New, brings the screen names of a phone dating app to psychedelic life, and folks, it is nuts.

The video depicts Sanchez settling in for a pre-hookup bubble bath while a wild assortment of people on his phone who are “less than 100 feet away” sing about HIV prevention methods. They include a Liza Minelli impersonator (because, why not?), an elderly mother, and even an S/M aficionado who’s trying his damndest to sing the song with a ball gag in his mouth.

“The concept of the campaign is to show that the more you know about HIV, your status, and prevention methods, the more you can go out and have a good time!” said co-producer Firmin, who doubles as the aforementioned elderly mom in the video.

“Our big mission at SkippingBoyz is to change what people think of when they think of HIV,” says Sanchez, himself living with HIV since 2003. “I want people to be less skittish about conversations regarding HIV and sexual health. I mean, it’s just penises, vaginas and butts, for crissakes!”

Among the public service announcements, by the way, is one featuring Sanchez as himself, and in a mere 30 seconds, the guy manages to deliver an important HIV prevention message and then end it with the most hilariously self-serving punchline you can imagine.

This guy would really like to get laid, people. It’s palpable.

The price tag for six public service announcements, including an original song written and recorded, filming and editing? Sanchez and Firmin got it done with a grant for $5,000 from the HealtheVoices Impact Fund at the Community Foundation of New Jersey, established by Janssen Pharmaceutical Companies of Johnson & Johnson.

It’s hard to imagine a governmental agency or public health department in this country producing something as funny and sexually candid as “The More You Can Ho” — not to mention for less than the price of one catered lunch on set.

Kudos, then, to the creativity and pure guts of everyone behind this good-hearted campaign, and to the kind of ingenuity that didn’t let the COVID virus keep this team from reminding us about the importance of avoiding another virus which is every bit a threat to our community.

Watch seasons one and two of Merce