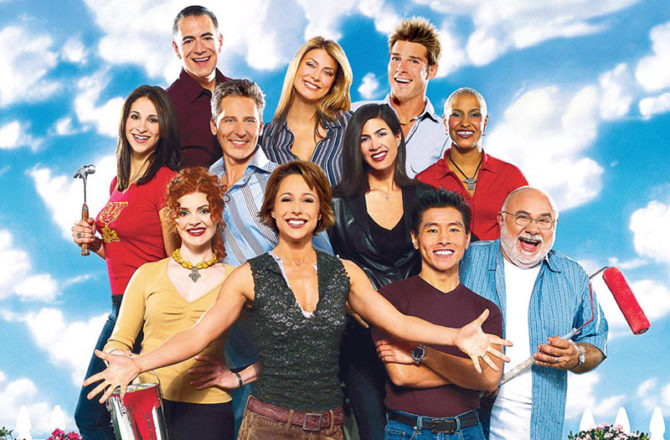 TLC announced Trading Spaces is coming back to the network, although there are apparently no specific plans of how the show will play out quite yet. More than just a design show, it impacted American culture–particularly that of Middle America, TLC’s target audience.

The very low-budget production hit American TVs in the year 2000 as a fun idea: more than just a home remodeling show, friends moved into each other’s houses for a couple of days and, with the guidance of professional designers and a budget of a meager $1,000, remodel a room for each other, with no knowledge of what was going on in their own places. They tore out cabinets, knocked down walls, and recreated the room. Then each went home to see what their friends had done, and that “reveal,” specifically their reactions when seeing the new rooms in their homes, was TV magic. Sometimes, when the homeowners hated their redesigned rooms, it was very dark magic. And the camera crews just moved on.

This wasn’t just a gore fest of horrifying ruining people’s homes and, perhaps, their personal lives. Trading Spaces introduced American viewers–particularly Middle America viewers, the target audience of the TLC network–to a whole new world, not only of design ideas, but of life. A gay man working as an interior designer was not a groundbreaking idea, but Trading Spaces included biracial couples, it showed same-sex couples–it showed how we live together in the suburbs and have straight friends. It even showed how gay couples sometimes live in ordinary homes just like anybody else. Back then, this was a big deal.

Trading Spaces was based on the British program Changing Rooms, which soared in popularity in The U.K. thanks to the rotating cast of polite, typically British designers and the occasional home remodels that reduced the homeowners to tears. Because Americans are always ready to revel in watching people suffer over trivial concerns, the show was brought to the U.S. with just a few changes to fit audiences across the Atlantic. For example, the American version was led by a couple of different people, most notably an aggressively perky musical theater actress names Paige Davis. The role of pleasant and patient Handy Andy was casted with a very Americanized carpenter, Ty Pennington, who seemed to live on caffeine and sunless tanner. 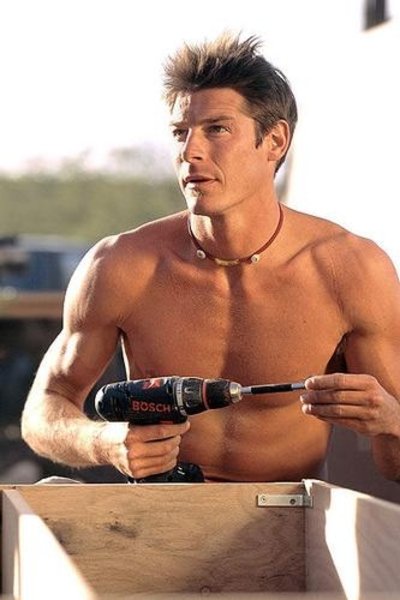 Ty was also rather sexy, which made him great for TV, and honestly he was a legitimately good carpenter, which gave him credibility. He became so popular that Extreme Makeover: Home Edition tapped him to host their prime time show, so he left Trading Spaces and was replaced by Carter Oosterhouse, who never stopped smiling and had bigger muscles and his hair seemed to magically repel sawdust. Even in home design, sex sells.

The rotating cast of American designers were a mixed bag of personalities and design aesthetics. The audience consensus was that everyone loved Vern Yip, a delightful (and openly gay) gentleman with impeccable taste. He delivered gorgeous contemporary aesthetic, perhaps with a vintage chandelier he got from some guy he hooked up with years ago and was calling in a personal favor “on sale” at a local antiques store, even though that chandelier was obviously worth more than the $1,000 budget he was supposed to use for the entire room.

Frank Bielec, a jovial, pudgy older gentleman, was almost guaranteed to turn your kitchen into a French country café replete with roosters on every wall, which housewives in Middle America simply adored. Genevieve Gorder was a bit of a wild card, as she usually delivered designs that were modern and comfortable, but sometimes she would decide to build you an indoor oasis with clumps of moss stapled to your wall, and, yes, you had to spray that moss every day with a water bottle if you didn’t want it to die. Remember, this was not in a garden; it was inside the house.

Then there was Hildi. 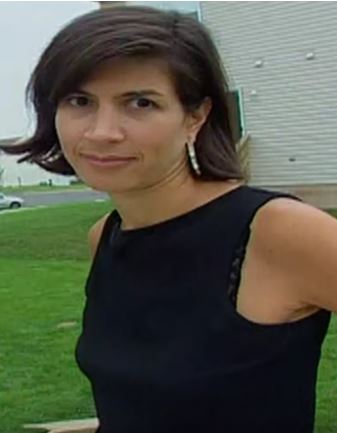 No interior designer in the history of America has stricken fear into the hearts of homeowners like Hildi Santo Tomas. She was the polar opposite of Vern: where Vern seemed prophetic in his ability to give the homeowners what they would love, Hildi seemed to design only what she would love. That includes the mural she painted in a kitchen, which depicted her own face. 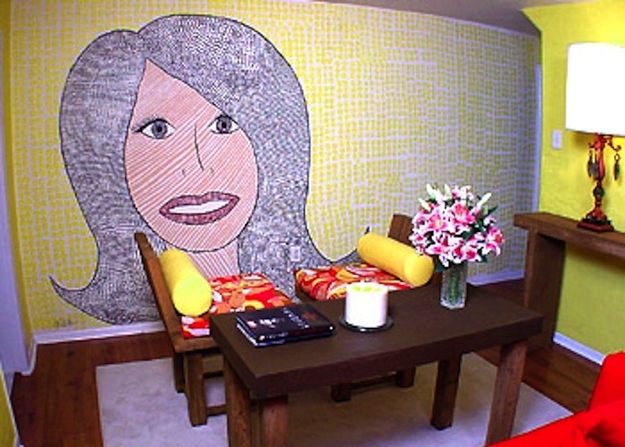 Good morning. Hildi is watching you.

Hildi did not just ruin a room. Anyone can walk into a room and just trash the place. No, with Hildi, her remodeling misfortunes had a theatricality to them, as she carefully calculated exactly how to deliver the most gut-wrenching punch of diabolically bad design. Hildi turned a room into a beach theme and covered the floor with sand. Hildi turned another room into a vertigo-inducing circular circus tent, complete with swags of fabric connected in a central point in the ceiling, and used that fabric to hide the room’s trivial features such as the television.

Granted, some of her rooms did end up lookin good, but the list of Hildi’s shockers goes on and on and on. Not only did she deliver those designs, but she coerced the homeowners’ friends into doing the dirty work, getting them to complete those tasks like dumping that sand all over their friends’ floor. And Hildi cheered them on and smiled, blood dripping from her fangs, seemingly unconcerned with the idea that somehow those people were all supposed to be friends again after the production finished. There was a unique type of anxiety to be felt during “the reveal” of one of Hildi’s rooms. And it was delicious.

Rounding up the original cast of designers would be futile, especially since most of them don’t even work as interior designers anymore. Frank lives in Texas, where he reportedly teaches cooking classes at an H.E.B. grocery store. Hildi lives in Paris where she’s rumored to be a flower designer, but really she is just married to a French guy, and good for her. Vern and Genevieve are both still on TV working as designers, but on HGTV network shows, not TLC. It is not always in a network’s best interests to use talent from another network.

Dreams of seeing the old gang back together may never come true. The show could be just as fun in a new incarnation; perhaps Instagram could be convinced to become a sponsor, and at the end of the first day of construction, Instagram can publish a single design element to show the homeowners what is going on in their own homes, as a little hint of what’s to come: It would be just enough to send their minds reeling with hope or fear.