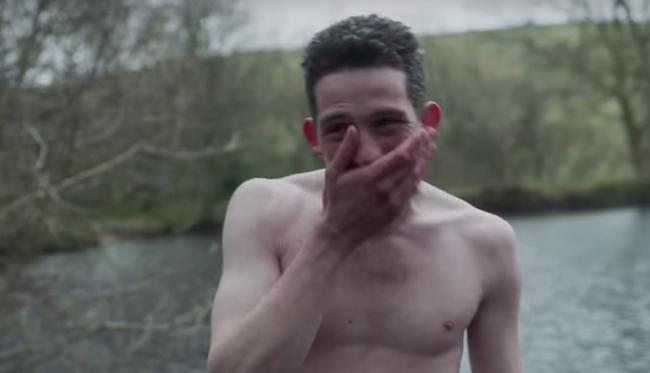 Filmed on the Yorkshire moors, the directorial debut of Francis Lee is being hailed as the “British Brokeback” for its striking similarities to Ang Lee’s classic. (There’s even a scene that uses spit as lube.)

But several critics are hailing God’s Own Country as superior to Lee’s Oscar-winning film.

The story revolves around a lonely young sheep farmer (Josh O’Connor) who idles away the days binging on booze and having casual flings… until a Romanian migrant worker played by Alec Secareanu enters his life, making everything sexy, confusing, and really quite dramatic.

“While the commercial success of Brokeback was a milestone for gay films, many gay viewers took issue with the fate of its star-crossed lovers. Without giving too much away, God’s Own Country mostly avoids such pitfalls.”

As the October 27 premiere date looms, you can check out the film’s beautiful trailer below: