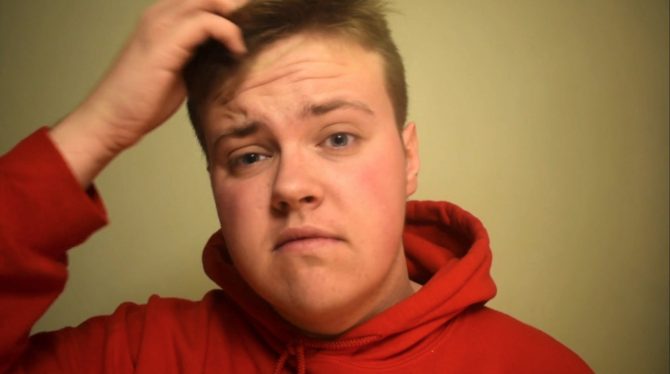 You don’t necessarily connote Catholicism with LGBTQ+ allyship, but a British 20-year-old said he got an upswell of support from his Catholic college after he came out as transgender.

Speaking to the Liverpool Echo, Ben Hodge explained that he identified as non-binary earlier in life but came out as transgender around the time he started his sixth form year at Carmel College.

Related: Roomies surprise trans woman with the most touching gift one day after she comes out

“When I left high school and went to a different college, I saw it as a fresh start and was ready to come out,” he told the newspaper. “I realized I’m a lot more masculine and identified more as a male than I did as non-binary. In my new college I came out as a trans man and changed my name to Ben and asked people to start referring to me as ‘he’ instead of ‘they/them’ pronouns.”

Happily, the college was “brilliant” in its response to his coming out:

It was a Catholic college but I never came across any issues. Even the Chaplaincy, our Chaplain was very supportive and allowed the LGBT group to meet in the Chaplaincy and was happy for me when different things happened with my transition.

These days, Hodge is pursuing a media studies degree at Salford University, and he made a short film about his first year on testosterone. The film, a Best Documentary nominee at the 2020 Into Film Awards, is viewable below.

Hodge also told the Echo that he’s grateful for his journey.

“For me being trans is a big part of who I am but I wouldn’t want to be born cis,” he said. “I’ve learned so much and I think I’ve had a lot more experiences thanks to the things I’ve had to learn and the challenges I’ve had to overcome, the maturing I’ve had to do a lot faster than my peers. I wouldn’t change that. … I’m so lucky now to be in a position where I can just live my life.”