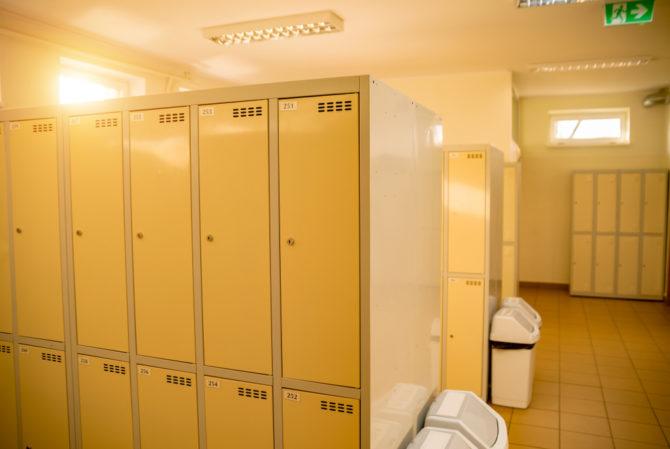 A transgender middle schooler was left “exposed and vulnerable” during a recent campus safety drill, all because the school couldn’t decide “which locker room would be appropriate for her.”

The Stafford, Virginia campus lockdown drill was meant to prepare students and faculty for a sudden emergency like a mass shooting, but when the kids were separated into locker rooms, the unnamed trans student wasn’t allowed into either one.

Equality Stafford, a local LGBTQ advocacy group, reports she was “forced to watch the adults charged with her care debate the safest place (for the other students) to have her shelter,” and was instead taken to the school bleachers, “away from her peers and identified as different.”

Sensing they were blundering an incredibly obvious-to-solve problem (let her go where she’s comfortable to wait out the emergency drill with her friends and classmates), faculty then brought her back inside, but still wouldn’t let her into the locker rooms.

Instead, they had her sit in the hallway outside.

“During an event that prepares children to survive an attack by actual assailants, she was treated as if she was so much of a danger to peers that she was left exposed and vulnerable,” Equality Stafford wrote in a Facebook post.

Equality Stafford is planning to show up at the next school board meeting to voice their disappointment and concern about how the school handled things, and a number of locals have committed to joining them.

In an open invitation on Facebook, the group wrote:

Let’s come together as a community and show the school board that Stafford is ready to protect our LGBTQ students and staff. With a new superintendent, we need to introduce ourselves and show that these are important issues. Speakers are welcomed as are those who want to stand in solidarity. If you would just like to come out and support, please feel free to bring a sign, a flag, or wear purple.

Stafford County Schools spokeswoman Sherrie Johnson told WUSA the school board’s superintendent has “requested a review of all protocols and procedures to ensure that all children are treated with dignity and respect.”

“We take such matters very seriously and they will be addressed,” Johnson added in a statement. “The welfare of all students is of the utmost importance for SCPS.”