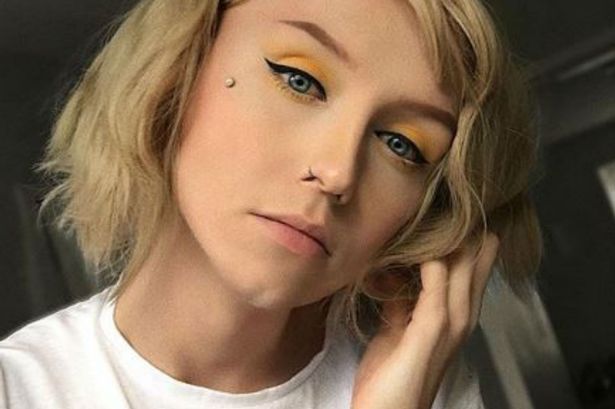 Kinley sparked a Twitter firestorm after she posted photo documentation of a conversation she had with an unidentified man. Kinley says she’s not sure how he got her phone number, or what made him open the conversation with a picture of his privates.

“Hey, girl, you are so sexy,” the man tweeted, followed by a picture of his… you get the idea. The image offended Kinley, who had no idea who she was even talking to, and who found the gesture misogynistic.

This random guy somehow got my number off here and sent me a dick pic and I guess he didn’t appreciate it when I sent a picture of mine back ????? worked like a charm pic.twitter.com/uzdluTH4hb

“Well I saw it and I honestly was not surprised because I get it a lot,” Kinley said to PinkNews. “For some reason it just crossed my mind to send one back and the response was exactly as I expected.”

In response, Kinley sent an image of her own penis. That certainly got a reaction. “What the hell? Why would you send me that?” the man texted in reply.

Kinley’s tweeting of the interaction–complete with censored pictures–gained her international attention. Her Twitter following expanded from a couple of hundred followers to almost 5,000 overnight. She also says the response has been overwhelmingly positive for hitting back against transphobia.

“The fact that these men want to clearly have sex with me before even knowing I’m trans and then act all appalled and transphobic afterward just validated to me that it has nothing to do with my gender not being valid,” she says.