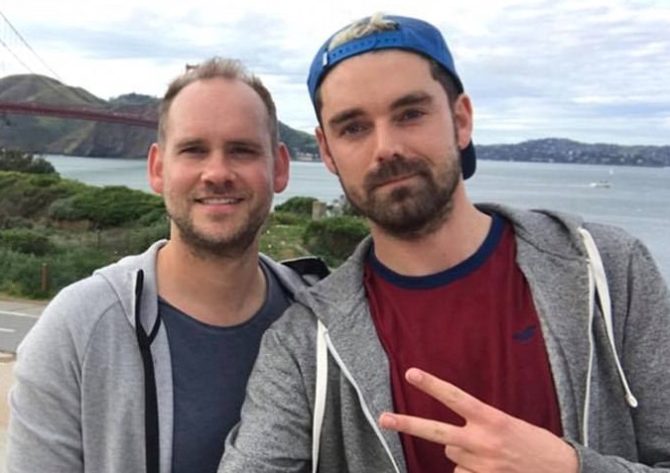 Two guests at a luxury five-star hotel in Loch Lomond, Scotland died this week as the hotel was engulfed in flames.

The couple was identified as freelance travel writer Simon Midgley, 32, and his boyfriend Richard Dyson, 38, a television producer.

The horrendous fire at the Cameron House Hotel broke out at 6 a.m. on Sunday and devoured several floors in just a matter of minutes. Guests had no time to evacuate and fled outside in their sleeping clothes.

The cause of the blaze has not yet been determined. 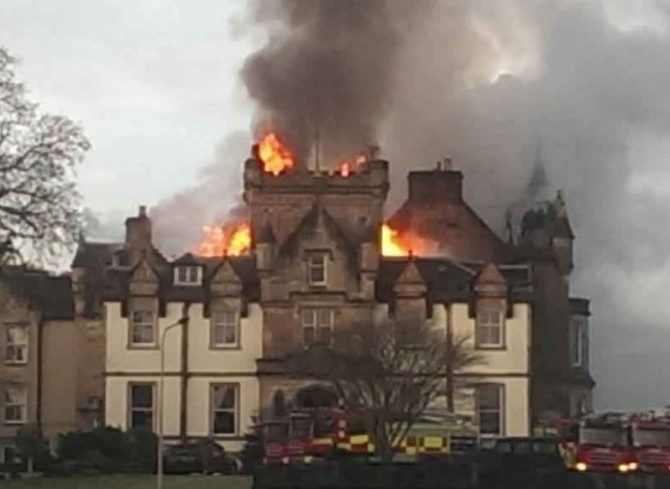 Simon worked as a freelance writer for the London Evening Standard, writing about travel and culture.

He was sent to the hotel by his paper in order to research and write a web article about the property.

“It’s with a heavy heart I write this but this dreadful tragedy has taken two amazing beautiful hearted soul mates from me, my heartbroken Mum and brother today.

Reading all your lovely kind words we are grateful. Thank you to all those who bravely made the effort to save them.

Simon’s Instagram showed the couple relaxing at the hotel with the caption “home for the weekend.”

“He was an amazing man, a fantastic friend and he said to me very, very often how he had met the man of his dreams and was living in bliss. I was so happy for them and it’s an utter, utter tragedy that this has happened.”

Subscribe to Queerty for a daily dose of #life #fire #r.i.p. stories and more