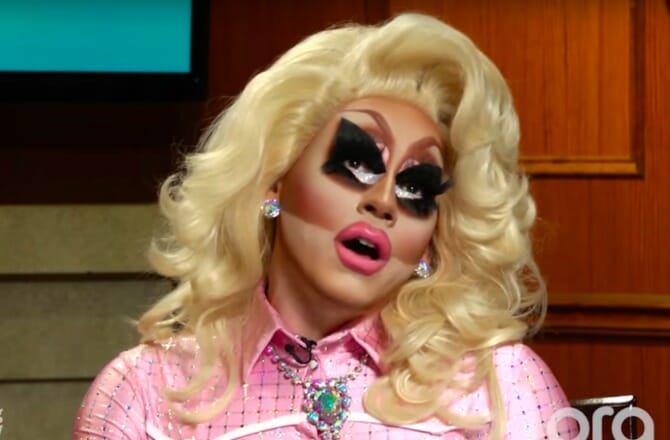 Fresh off the success of her win on Drag Race All Stars Season 3 and her stint as a host of The Trixie & Katya Show, noted drag superstar Trixie Mattel looks set to conquer the silver screen.

The festival, originally started by actor Robert DeNiro following the 9/11 attacks, takes place in Manhattan each year, and encompasses narrative and documentary film, as well as music, video games and visual art and generally attracts more than 3,000 people.

The film’s title comes from Trixie’s song “Moving Parts.” As directed by Nick Owens, it will follow her daily life as she copes with the pressure of performing and her newfound celebrity following her appearances on Drag Race.

Mattel will appear at the film’s premiere, and is expected to perform songs from her albums “Two Birds” and “One Stone,” as well as new tunes from her as-of-yet untitled third studio album.

Mattel, whose real name Brian Firkus, grew up in Milwaukee. In the past, she has spoken candidly about growing up in an abusive household, often beaten by her stepfather for being too feminine. She began performing in drag while attending the University of Wisconsin before landing her stint on Drag Race.

After finding stardom, Mattel also attracted her own variety of controversies. She refused to apologize after a video of her making racist jokes surfaced online, and her All Stars win incited a good deal of backlash.

Related: Trixie Mattel confesses the one thing she has in common with Donald Trump