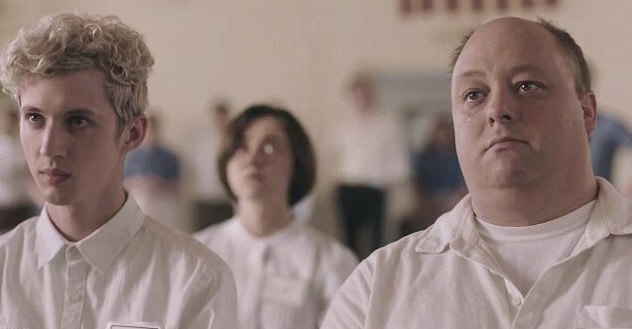 Troye Sivan looks a bit daunted after a day of travel and interviews. His small frame rests in a chair overlooking Toronto’s Entertainment District through a wrap-around bay window. After a delicious sushi lunch at Miku Toronto, we’ve come together for a brief chat about his latest project: Boy Erased.

Based on Garrard Conley’s acclaimed memoir about his enrollment in Love In Action, (now rebranded as Restoration Path) the notorious gay conversion therapy program, Boy Erased stars Edgerton, Lucas Hedges, Nicole Kidman and Russel Crowe. In the film, Sivan plays Gary, a gay teen who has attended the program multiple times and who befriends the film’s main character, Jarred (played by Hedges). Sivan’s role in the film marks his first adult role, and first foray into mainstream cinema following the success of his recording career. Boy Erased opens nationwide November 2.

I sat down with Troye to talk about his success, his ambitions, and his fears in taking on a subject so painful to the LGBTQ community.

We love you at Queerty, we follow all your music.

I see you everywhere, everything with your music, and now with the film, which marks your first real outing as an actor since Spud 3.

Bit of a departure. Were you nervous?

Yes, definitely. For me, acting is something that I’ve always been very, very interested in. Also, over the years, I’ve become very comfortable in music because I’m so in control. You get to control everything about the environment from the art direction on an album, to the songwriting to the music videos—everything is kind of up to me at the end of the day. To me, that’s a really nice thing because I enjoy doing that kind of thing.

Whereas acting is kind of…you have to trust the people around you. And so thankfully working with someone like Joel makes it very easy to trust him.

So Alanis Morisette once said the difference between music and acting is that music is feminine and acting is more masculine, because you have to be so emotional and in the moment. How do you feel about it?

I don’t know that I ever thought about it that way. For me, it’s like interestingly—they’re kind of similar. I don’t know, I feel like for me music kind of has a direct line to my heart, so I find it…for me it comes a little bit more naturally, to express myself in that way. Acting is, and I guess at the same time I’ve never done an acting class or anything like that, acting is too, I just haven’t done as much of it. Yeah, I definitely feel like, for example, the way I got into character a lot of days was by listening to music, putting on a playlist. I kind of was accessing both at the same time. 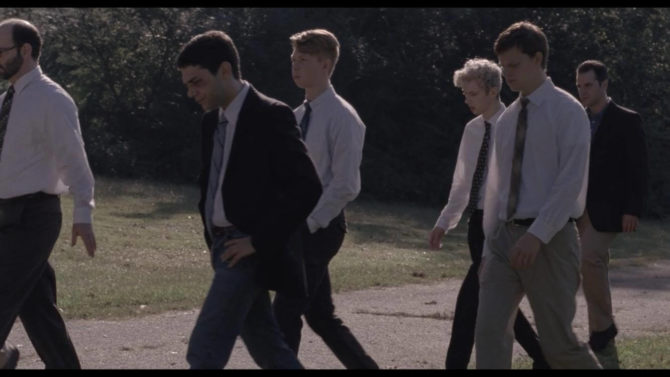 I would imagine working with Joel, and working on a film like this is a bit like an acting class. It’s just trial by fire. And because he’s an actor himself, I’m sure he’s sensitive. What do you feel like you learned from working with him?

So much. I mean, he was really collaborative on the movie. He allowed us to improvise and sometimes write our own scenes, as far as writing our own dialogue. He really kind of showed me that there is no right or wrong, so you just kind of try things. If you have to say a line 20 times, just to try it, go for it. Whatever you need, he’s just there to help provide that for you. And then, as well, for me, was watching him switching hats so effortlessly between director and actor. He would be up on the podium in the church doing his full American accent, and then yell something out as a director in a kind of half Australian, half American accent. You could hear the switch when he was changing between those two roles.

That has to be useful for the crew.

It was really incredible to watch.

Did you meet with Garrard before you took the part?

Not before I took the part. I met him before we started, during rehearsals.

What did he tell you? Did he give you any guidance?

The way we sort of built the character in the movie, it’s sort of a collaboration between Garrard, Joel and myself, trying to figure out this character can serve as a kind of pivotal moment for Jarred. It really took some kind of thinking, and some kind of just creative choices and decisions that he fulfilled that role. We built this backstory that you don’t see in the movie, but was really helpful to me. Garrard was involved from day one.

For most of your career, and even in your public life, you talk about LGBTQ issues and themes. And obviously, this ties in very directly with that. I mention that because scenes you do in the film—they’re torture. There’s incredible abuse of LGBTQ people in this movie. What is the attitude like when you’re shooting, and how does that tax you personally?

There’s definitely a weight in the room. A lot of the cast were…we kind of were sharing our own personal experiences of self-acceptance with our families, or just trading stories on how we got to where we’re at today. A lot of people were at varying points on that journey. So having that context, and then seeing people act out these really heavy scenes, there were almost a couple moments where the line blurred between reality and the film. And so it made it feel very real most of the time. Honestly, I was kind of fine to have that weight fall for the month or however long we were shooting, because I just felt so incredibly lucky that, at the end of the day, I get to go home and see my boyfriend and speak to my parents who love and have always accepted me. For me, to sort of dip into this world in the small way that I have, feels completely tiny to the experiences that people really have. So to do my part to shine light on those stories felt important. 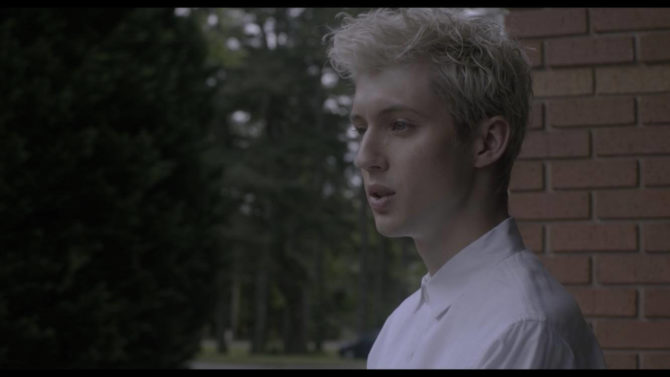 So going forward—this is getting you a lot of attention. What are your ambitions as an actor? I know you’ve already played Wolverine [in X-Men Origins: Wolverine]. Not many people can say that…

I definitely want to do both. Right now, specifically, I’m just really inspired and fired up. My album came out last week and people have been so, so lovely about it. So I’m fired up about that, and to keep making music. And with the film coming out, everything kind of feels like it’s coming to a head, and all I want to do is just keep going. So I definitely am excited for the future.

Now I know you contributed some songs to the film as well. Were they original songs, written specifically for the film?

So I contributed one song that’s on my album, and then another I wrote for the movie.

Awesome…so when you wrote it, were you shooting? Was this before you had gotten into character? I guess what I’m asking is where does the inspiration for that come from?

I wrote a bunch of songs to give to Joel, basically, to pick what he liked. So four or five of them I’d written before we shot, then I went and shot the film, and I came back and wrote “Revelation” [which appears on the soundtrack] afterword, and just kind of used the whole experience as inspiration for the lyrics.

Well that means you’ll be eligible for Oscar consideration…

So just putting that out there. Have you seen the final cut of the film yet?

I haven’t seen any of the cuts yet. I’m seeing it tonight, actually.

Really? Is it that good?

Yeah. I saw the movie this week, and I met with Joel & Garrard yesterday, and I told them both, it stuck with me. I’m still getting over it.

It’s a heavy one. Same thing when I read the script, it stayed with me. I have a feeling it will stay with people.

Boy Erased opens November 2. Check out the trailer which features Sivan’s “Revelation” below:

the passion of ellen
16