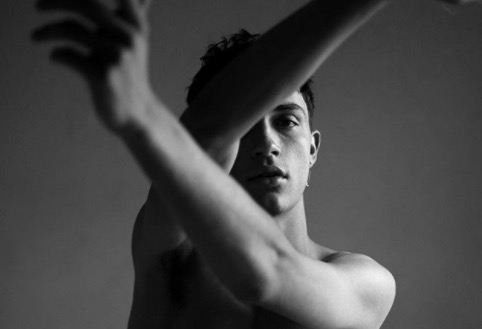 Some guys have model boyfriends. They communicate directly, always manage to show affection in meaningful ways, and are fiercely loyal in whichever form that is defined in the relationship.

Then there’s Troye Sivan, who seems to have a model, model boyfriend, Jacob Bixenman.

In a new cover story interview with Gay Times, Bixenman proves he’s much more than a pretty face, discussing everything from the importance of queer visibility to what life is like under the spotlight with Troye.

On his strategy for addressing his sexuality publicly, he says:

That relationship is different for everyone, but I do find it personally important to be transparent about my sexuality online. I didn’t have that many personal models of queerness growing up, aside from stereotypical characters on screen. I think that the more we personalize the image of what it means to be LGBTQ the more people will understand.

And on the harsh-but-tender reality of dating a rising international star:

At times it is, yes, and it was tougher in the beginning of our relationship because it was more of a crash course for me. We’re both people who share ourselves online but need privacy and really value close personal relationships so balancing that line of how much to give away can be interesting. Otherwise our relationship is really easy.

He gets bonus points for this on-point critique of masculinity’s pitfalls:

The idea of what a man is or needs to be is so ingrained into culture and it’s easier to be accepted when you’ve assimilated to that. But there are as many ways to be queer as there are queer people. Male femininity threatens the status quo so I think that sharing and celebrating it really makes people confront their own insecurities. It’s a step in the direction towards actual liberation.

Here’s some more from Bixenman from his IG: