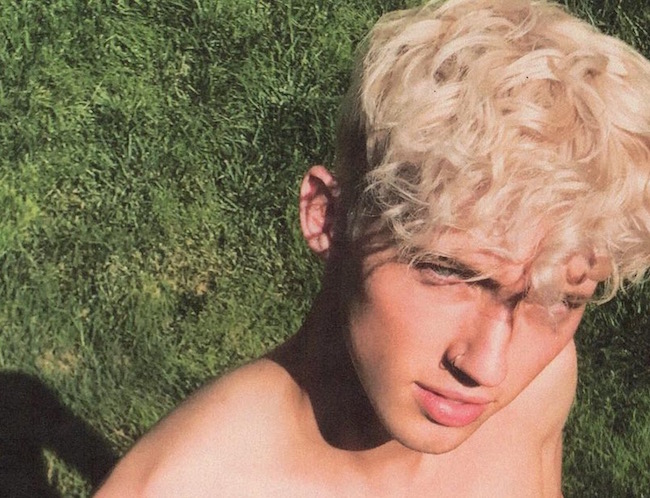 Legions of Troye Sivan fans are allegedly jolly cross with the musician after photos surfaced featuring the star throwing flowers — gifted to him by a fan! — into the trash.

Originally tweeted by Pop Crave, the photos clearly show Sivan walking with the flowers — gifted to him by a fan! — and, again, throwing them into the trash.

You can see the whole drama unfold here:

Troye Sivan is receiving backlash after being caught throwing away gifts from fans. pic.twitter.com/FpCHsuBWkN

Now, these pictures have gone viral, and everyone’s weighing in on Troye and the goddamn fan-issued flowers that he threw into the trash. The trash!

In fact, some fans are calling the artist “over”. Why? Because he’s apparently the type of guy who would take flowers — gifted to him, again, by a fan! — and throw them right into the trash.

Other fans noticed that Troye appears to be wearing different outfits in the photos.

They’re suggesting he threw the flowers into the trash after enjoying them for an indeterminate amount of time, discarding them only after they wilted and become too needy.

Related: Troye Sivan Responds To Nude Photo Leak With Pics Of Other People In His Underwear

Others argued he was on his way to the airport, and probably wouldn’t be able to take his emotional-support flowers onto the plane. His solution? Throw them into the trash.

We don’t know where we stand on this because we’re incapable of normal emotions, but we are probably very sad about it.

Here is the photo series again, so the whole thing can sink in for you:

Troye Sivan is receiving backlash after being caught throwing away gifts from fans. pic.twitter.com/FpCHsuBWkN

troye sivan after being handed flowers by a fan pic.twitter.com/eMW1xGqXYQ

Troye Sivan throwing flowers and notes his fans gave him is the funniest thing ever? yall Stan this ?????????? pic.twitter.com/K1LwxWIYhs