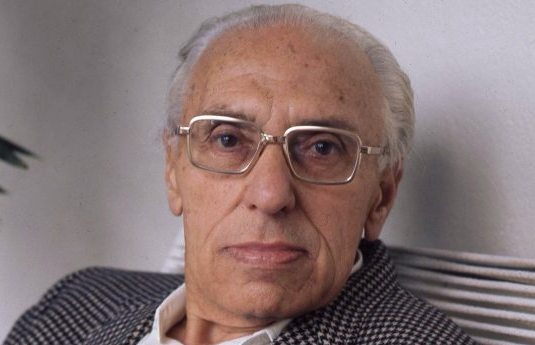 With Hollywood  now available on Netflix, no doubt some viewers will have questions about what really happened during the so-called Golden Age. The series mixes fact and fiction, blending real-life figures like Rock Hudson and Hattie McDaniel with fictionalized characters. In one twist that might shock a certain corner of the audience, director George Cukor hosts gay sex parties at his mansion. Even more shocking: they actually happened.

Cukor, the Oscar-winning director behind classic films such as A Star is Born, The Philidelphia Story and My Fair Lady, made no secret of his sexuality throughout his moviemaking days. Cukor became known for his wild and distinguished parties, hosting Hollywood’s brightest on Friday nights, and a more sordid crowd on Sundays.

Biographer Patrick McGilligan detailed Cukor’s social life in his book George Cukor: A Double Life. In it, friends and associates dish on Cukor’s parties…and just what to expect depending on the night.

“He liked distinguished, famous people,” actress Kitty Carlisle told McGilligan. “And you always expected good food. You accepted his invitations with alacrity because he made everyone feel important. He made everyone feel as though they were the most welcome guest.”

McGililgan also details how, on Sundays, Cukor would host all-male pool parties in which gay and bisexual men could meet, mingle and hook up. As Hollywood depicts, guests would include closeted celebrities like Rock Hudson and his sadistic manager, Henry Wilson.

Miraculously, law enforcement generally left Cukor and his parties alone, though he was once arrested on vice charges. MGM studio bosses managed to conceal the infraction, and Cukor enjoyed a prestigious, thriving career until his death at 82 in 1983.