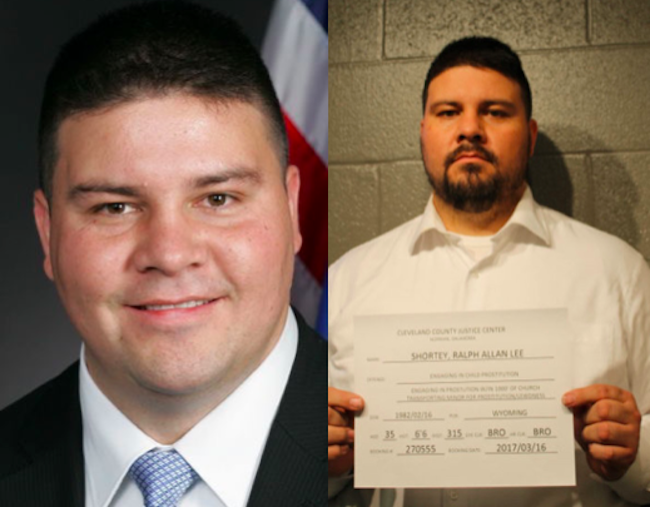 The FBI reveals he received “hundreds of pornography emails and communications with individuals encountered via Craigslist.”

Allegedly, he also emailed innumerable photos of himself and his wife “to various individuals in connection with arranging sexual encounters.”

Shortey also had a history of filing exceedingly strange bills while in the state Senate.

Greatest hits include a proposed ban on putting human fetuses in food products, and “an ordinance authorizing homeowners to shoot down drones.”

He also authored several anti-immigrant bills, which proposed denying US citizenship to any baby born of undocumented parents.

According to the head of Equality Oklahoma, Shortey once assured him he’d leave the Senate chamber during an important vote on an anti-transgender bill.

Shortey reportedly appeared at his desk and voted for it anyway.

During the GOP primary, he was the state Trump campaign chairman.