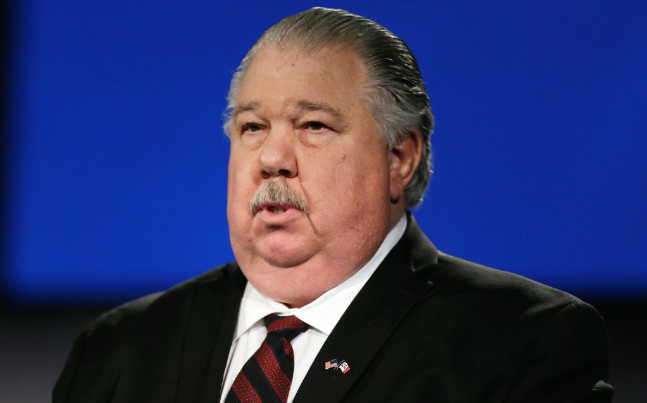 This week we saw President Trump’s regard for science, as he stared blankly into the solar eclipse against the safety precautions of both the scientific community and also basic common sense. He has a knack for defying both.

It made for an absurd and fairly amusing photo, but far less comical is the news that Sam Clovis is currently awaiting confirmation for the position of chief scientist at the Department of Agriculture.

Clovis is a former Air Force colonel, talk-radio host, and one-time political candidate in Iowa. He lost his US Senate race there, and thank god he did.

CNN dug up an old blog post he wrote in which he draws the (ill)logical conclusion that if gay marriage became the law of the land, pedophilia was just around the river bend:

The news network also notes that, “when a questioner said some might call what Clovis’ words extreme — comparing the approval of same-sex protections to allowing pedophilia. Clovis said it was ‘logical.'”

And it gets worse if you can believe it.

He also believes being gay is a “choice”:

“Clovis has repeatedly argued that the science on homosexuality is unsettled and that “LGBT behavior” is a choice. The American Psychological Association has said that while there is no scientific consensus on the causes of sexual orientation, “most people experience little or no sense of choice about their sexual orientation.”

But hey, he served as candidate Trump’s national campaign co-chair, so why not give him a fancy new title he isn’t remotely qualified for?