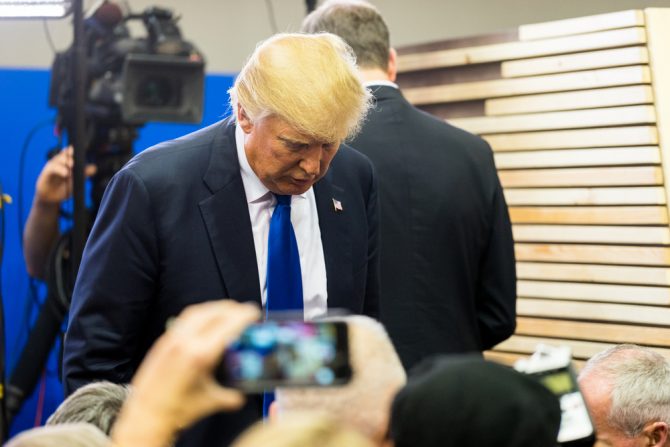 Ohio State Rep. Tavia Galonski is not messing around. She just announced that she’s referring Donald Trump to the International Criminal Court for crimes against humanity over his mishandling of the coronavirus pandemic.

“I can’t take it anymore,” Galonski tweeted Sunday. “I’ve been to The Hague. I’m making a referral for crimes against humanity tomorrow. Today’s press conference was the last straw. I know the need for a prosecution referral when I see one.”

I can’t take it anymore. I’ve been to The Hague. I’m making a referral for crimes against humanity tomorrow. Today’s press conference was the last straw. I know the need for a prosecution referral when I see one. https://t.co/XQin24gqY4

Galonski made the declaration shortly after Trump finished promoting the drug hydroxychloroquine during one of his daily televised press briefings.

Trump called hydroxychloroquine, which is normally used to treat malaria, a “game changer” in the fight against COVID-19. But its effectiveness has not been proven and is, in fact, the subject of fierce debate among medical experts.

It also has some pretty scary side effects, including loosening of the skin, inability to move the eyes, loss of color vision, paranoia, and feeling, seeing, or hearing things that are not there, just to name a few.

“What do you have to lose?” Trump said. “I’m not looking at it one way or another. But we want to get out of this. If it does work, it would be a shame if we didn’t do it early.”

Coincidentally, he also happens to have a financial interest in the company that manufactures it.

The New York Times reports that three of Trump’s family trusts have investments in a mutual fund whose largest holding is Sanofi, the company that makes Plaquenil, which is the brand-name of hydroxychloroquine.

Shortly after Trump boasted about the “game changing” drug, two federal agencies placed huge orders for it. And they used taxpayer money to pay for it.

Galonski tells the Beacon Journal that she plans to send a letter listing her concerns to the International Criminal Court within the next week.

According to its website, the court ​”investigates and, where warranted, tries individuals charged with the gravest crimes of concern to the international community: genocide, war crimes, crimes against humanity and the crime of aggression.”

“Either by his intent or his incompetence, he is just gonna get people killed,” Galonski says, adding that she believes leaders must “follow the science” and not hunches to address this pandemic.