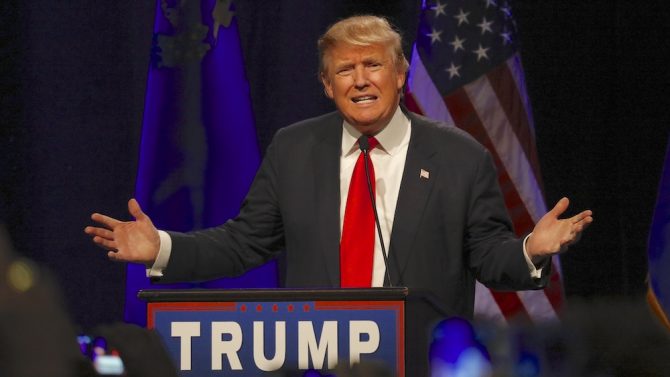 Donald Trump will deliver a keynote address to the Family Research Council (FRC), an extreme right-wing anti-LGBTQ group during its Values Voter Summit next week. It will mark the fourth time Trump has addressed the group.

The FRC has a long and ugly history of persecution and suppression of queer people. The group considers “homosexual conduct is harmful to the persons who engage in it and to society at large” and “is by definition unnatural” among its mission statements. The FRC also supports conversion therapy, criminalization of consensual gay sex and opposes marriage equality. The president of the group, Tony Perkins, has also blamed the recent rash of mass shootings on queer people on “an absence of morality” caused by LGBTQ equality.

Media commentators have noted that Trump’s address of the group is likely a move to drum up support among white, right-wing voters, especially in light of the ongoing impeachment inquiry over quid-pro-quo foreign aid to Ukraine, and the recent military crisis in Syria. Politicians within both parties have attacked Mr. Trump for his actions.

The Trump Administration is widely considered one of the most anti-LGBTQ administrations in US history. Nevertheless, the Log Cabin Republicans–a queer GOP grassroots group–endorsed Trump for reelection. The move caused scores of members, including several prominent officers, to denounce and leave the group. Recently, the right-wing newspaper The Federalist published an essay claiming that Trump has done more to help LGBTQ Americans than the Stonewall Democrats, a grassroots group of queer Democrats.