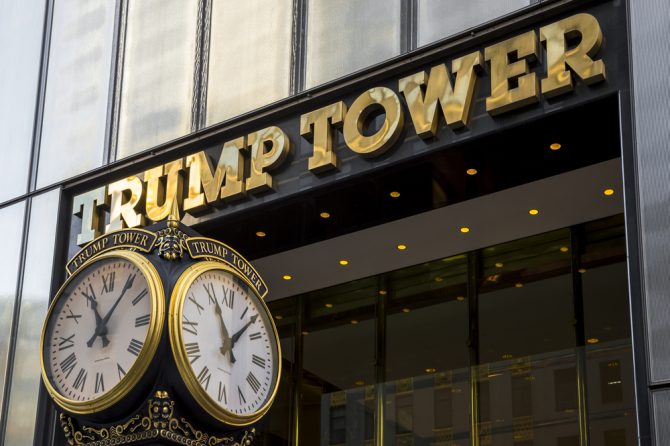 Donald Trump was just hit with yet another embarrassing money problem and this one might be the worst yet since it involves his most prized piece of real estate.

According to Bloomberg News, a $100 million loan on Trump Tower in midtown Manhattan has just been placed on a debt watch list as vacancies in the building keep going up… and up… and up. This year alone, occupancy in the building has fallen from 85% to 78%, and tenants keep breaking lease.

Wells Fargo added the 72-floor property to the debt watch list because of “lower average occupancy,” noting that in the first quarter of 2021, it made $7.5 million in revenue. In 2020, total revenue was $33.7 million.

Recently, it was reported that several tenants, including Marc Fisher, the maker of Ivanka Trump‘s failed shoe line, had fallen behind on rent and vacating early. The Trump Organization actually filed a $1 million lawsuit against Fischer for unpaid rent but the suit was later dropped.

When reached for comment, Eric Trump said, “Trump Tower is one of the most underleveraged commercial buildings in New York City and maintains fantastic cash flow. We are incredibly proud of this building, which has some of the most prestigious tenants in the world and is an icon of the Manhattan skyline.”

But it’s not just Trump Tower that seems to be in peril.

According to the Chicago Sun-Times, the ex-president’s property tax on his Chicago office tower was recently slashed because the building’s commercial space is now 95% vacant. The building’s retail space had its assessed value cut from $19.9 million to $12.5 million.

Then, of course, there’s his namesake hotel in Washington, D.C. that’s been sitting on the market for two years without any interested buyers, despite having the price slashed by a whopping $100 million.