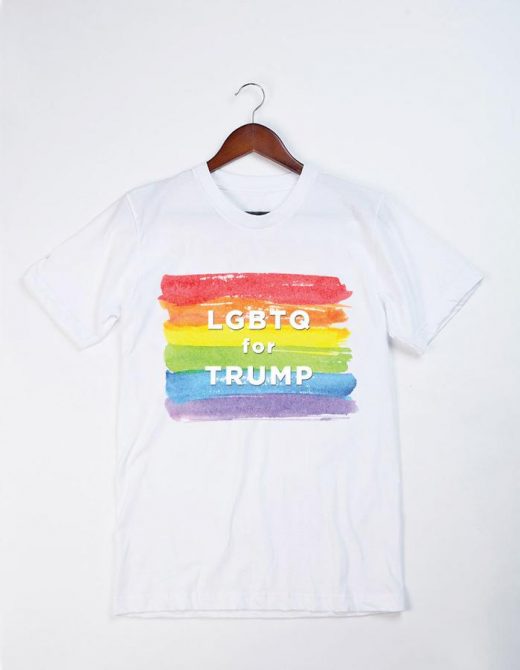 Proving once again that he knows no bounds to his pandering, hypocrisy or general odiousness, Donald Trump is selling shirts for Pride month.

The announcement comes not long after the Trump administration announced policies that would bar transgender people from homeless shelters, deny gay couples immigration status and the appointment of one of the most homophobic judges in American history. DonaldTrump.com now offers shirts celebrating queer pride with the slogan “Gays for Trump” embossed on a Pride flag. The reverse of the shirt features Trump’s tired campaign slogan “Make America Great Again.”

The shirt retails for $30 plus shipping.

Related: Trump is trying to tear apart this gay family because one of them is an immigrant

Unsurprisingly, a number of leaders within the queer community have denounced the shirt and the idea that Trump supports LGBTQ rights.

“The Trump Administration is trying to pull yet another con job on LGBTQ Americans, but like their other desperate ploys, this idea will fall flat,” noted Zeke Stokes, Chief Programs Officer for GLAAD. “Trump should hold the sales pitch and try issuing a statement honoring June as National Pride Month and the countless of LGBTQ Americans who fought tooth and nail for the level of acceptance our nation sees today.”

Note to our fellow queers: don’t buy the shirt. Moreover, don’t kiss anyone who owns one.