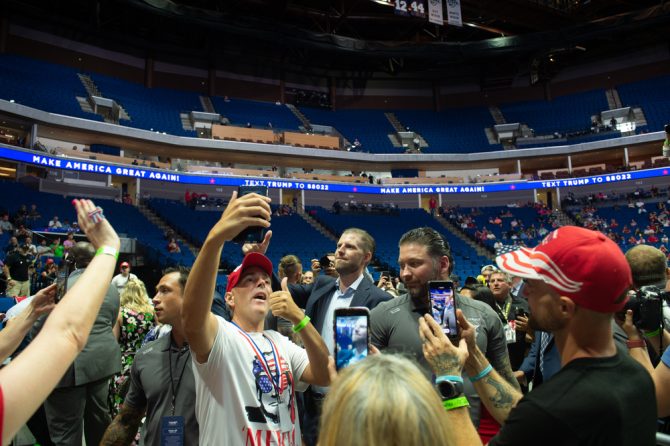 Prior to the event, the Trump campaign bragged that over 1 million people had RSVP’d, and that it expected 20,000 indoor attendees, plus another 40,000 outdoor attendees. It was going to be HUGE!

But according to the Tulsa Fire Department, the final total ended up being closer to 6,200 attendees. That number includes Trump’s campaign staff, secret service, stadium employees, Trump supporters, and, yes, lots of paid actors.

The Trump campaign pushed back on this total and said 12,000 people went through the metal detectors at the rally. But, honestly, we believe the Fire Department.

Tears of a clown pic.twitter.com/L9iCguYtBb

The low turn out has been partially attributed to TikTok users and K-pop fans launching a coordinated online effort to get people with absolutely no plans of attending to RSVP to the event, according to The New York Times.

Of course, we’re sure Trump fatigue, dissatisfaction with his failed leadership, a crumbling economy, rampant racism, and, oh yeah, the deadly coronavirus also may have had a little something to do with it.

A door count placed the Trump rally officially placed crowd at 6,116. Of those, 2,837 were paid gig actors & 986 were Trump Campaign 2020, 532 were WH/Trump propaganda machine employees, 183 were plainclothes security meaning: 1,578 WERE TOTAL REAL ATTENDEES!

I think I sold that same place out in five minutes. 😹 #donkeyshow pic.twitter.com/JNOwjIQ3hB

Told ya’ll he exaggerates about the size of things.

I need to stop laughing about the Tulsa fiasco and get on with my day. Tick tock, time to be productive!

Ok, for real, time to rally.

Before & After… The Tulsa Rally pic.twitter.com/WvloFx8KrS

Next Klan rally I believe is in Phoenix. Scoop up two free tickets and never show up. #emptyseatmagatour

Now, how about some memes?

No one attended his circus show ?? ——- #tulsarally

The internet is on ? this morning! #tulsarally